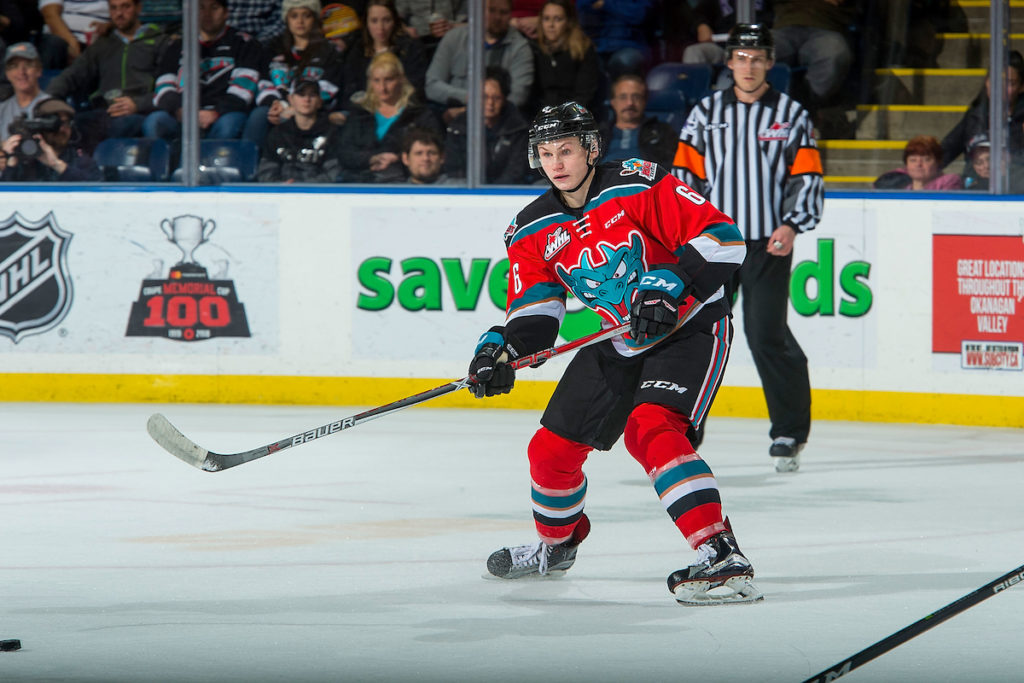 Kelowna Rockets defenceman Kaedan Korczak was one of 22 players named to Canada’s roster following a five-day selection camp that saw 44 players take part in on and off-ice sessions, including three intrasquad games at WinSport’s Markin MacPhail Centre in Calgary.

The good news for Korczak comes after a solid rookie campaign from the Rockets first round pick(11th overall) in the 2016 Bantam Draft. Management and spectators alike saw Korczak make steady improvements all season and into the post season as he got more comfortable in the Western Hockey League. The 6’2, 170lb smooth-skating defenceman finished the regular season with three goals and 13 assists for 16 points in 67 games played before adding a goal and three assists for four points in four playoff games. He was named the Rockets Rookie of the Year at the 2018 Kelowna Rockets Awards Ceremony in March.

The 17-year-old defenceman from Yorkton, SK. has suited up for Canada before, playing for Canada Black U17 at the World Under-17 Hockey Challenge last season. In five games he registered an assist along with two penalty minutes.

For more information on Team Canada, to check out the full roster, or to view the schedule head to https://www.hockeycanada.ca/en-ca/news/2018-19-nmu18-summer-roster-unveiled