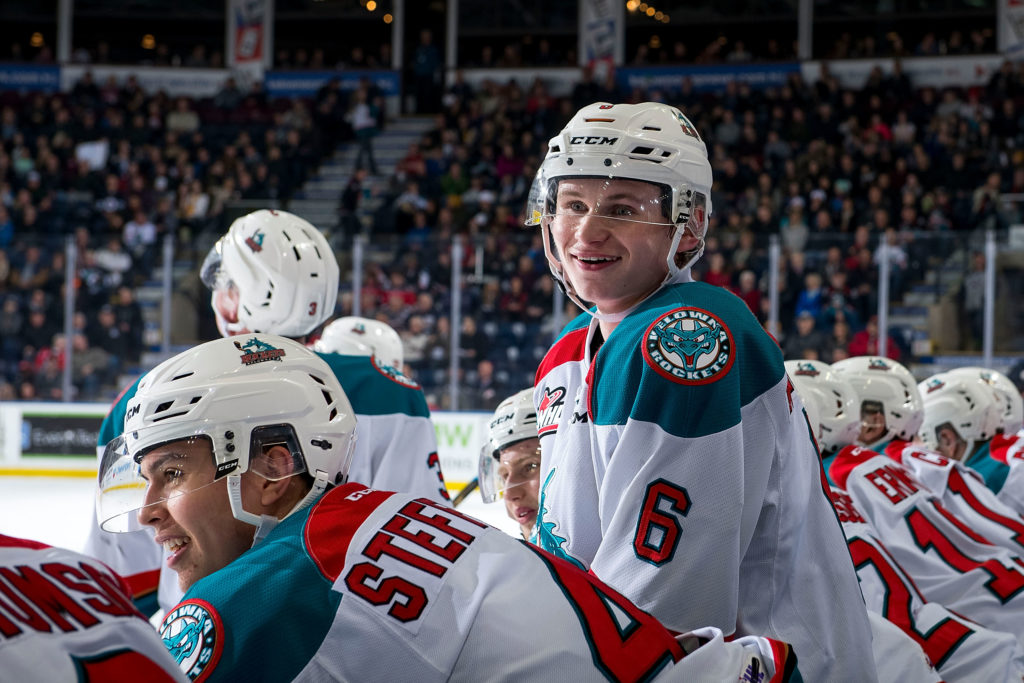 Hockey Canada has named Kelowna Rockets defenceman, Kaedan Korczak to their roster for the upcoming 2019 IIHF U18 World Championship, scheduled for April 18-28 in Örnsköldsvik and Umeå, Sweden.

The Yorkton, Sask. product was named to the training camp roster on April 5th. He suited up for both pre-tournament victories on April 14th against Belarus in Umeå and April 15th versus Russia in Örnsköldsvik. He picked up two assists in Canada’s 6-5 overtime win over Belarus.

Korczak has previously played for Hockey Canada twice. He won gold with Canada’s National Men’s Summer Under-18 Team at the 2018 Hlinka Gretzky Cup last August in Edmonton, Alta. Korczak also played with Canada Black at the 2017 World Under-17 Hockey Challenge back in 2017.

Canada will look to claim gold for the first time since 2013 when it kicks off its tournament schedule against Finland tomorrow, April 18 at 1:30 p.m. ET/10:30 a.m. PT. Canada will also match up against Switzerland, Belarus and the Czech Republic in the preliminary round before the tournament wraps up with the bronze and gold medal games on Sunday, April 28.

TSN and RDS, Hockey Canada’s official broadcast partners, will broadcast 15 games, including all of Team Canada’s match-ups at the IIHF U18 World Championship, all quarter-finals, both semifinals and the bronze and gold medal games.