Kovacevic to play for Team BC at the 2019 WHL Cup 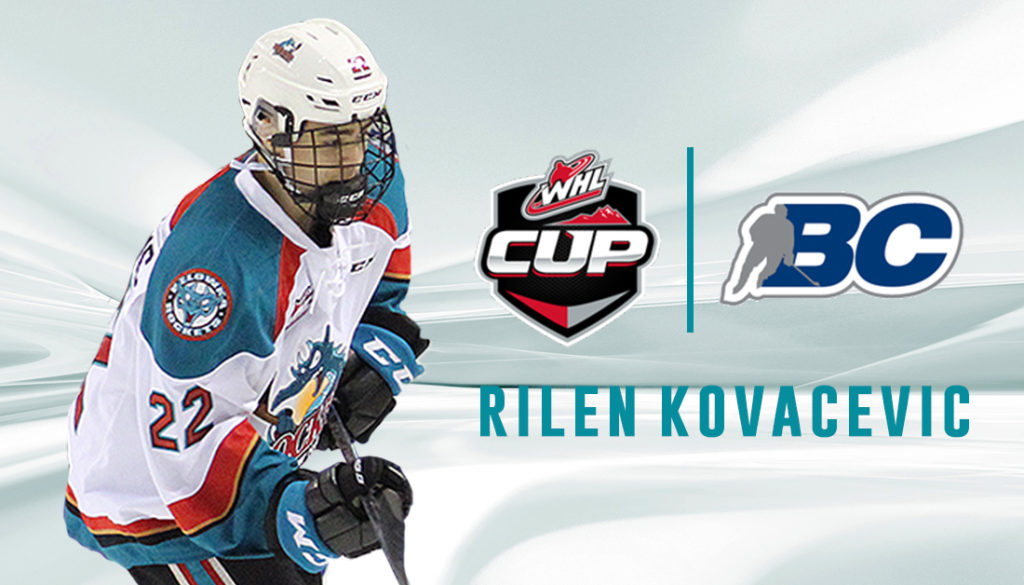 Kovacevic, a forward, was selected by the Rockets with the team’s tenth round pick (No. 204) at the 2019 WHL Bantam Draft in May.

Last season the Kelowna product had 34 points (12G, 22A) in 30 games with the Pursuit of Excellence Bantam Prep team. This season the 15-year-old has three goals and three assists so far with the BCMML’s Okanagan Rockets.

Kovacevic signed a Western Hockey League Standard Player Agreement during training camp and suited up in one preseason contest with the Rockets.

The WHL Cup features the highest-rated players in the under-16 age category from the provinces of Alberta, British Columbia, Manitoba and Saskatchewan.

Players for Team BC was selected based on their performance at the Provincial Camp that took place July 29 – August 2, 2019, and following pre-season evaluations.

Of the 80 players scheduled to compete, 77 were selected at the 2019 WHL Bantam Draft.

The 2019 WHL Cup will begin on Wednesday, October 23, at the Markin MacPhail Centre in Calgary, Alta.