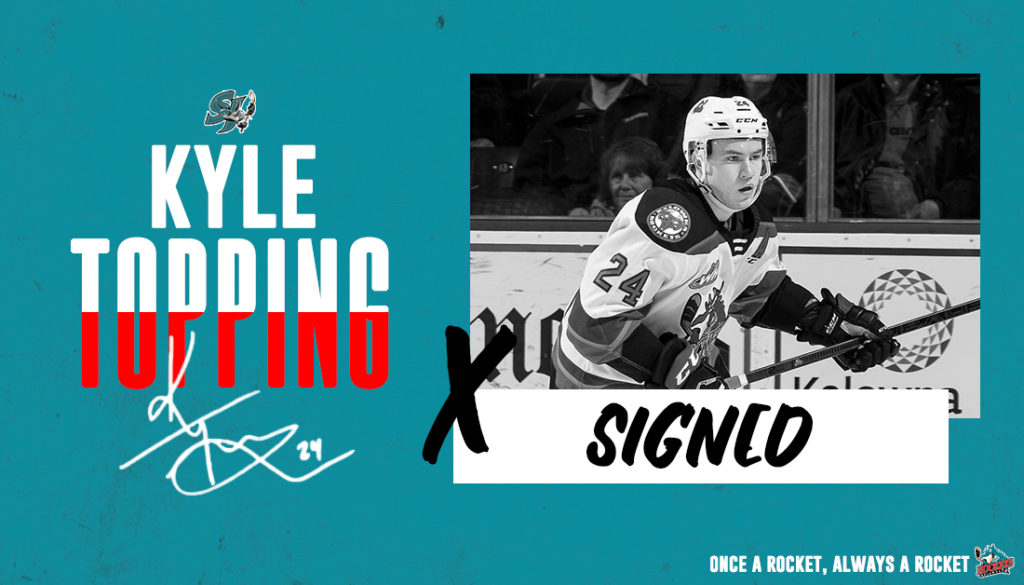 The San Jose Barracuda of the American Hockey League announced this morning that they have signed centreman Kyle Topping to a contract. Per the Barracuda’s policy, terms of the agreement were not disclosed.

“Kyle is playmaking two-way centerman with a high hockey IQ and we’re excited for him to join the organization,” said San Jose’s general manager Joe Will in the Barracuda’s release.

The #SJBarracuda have signed forward @Topping11 to an @TheAHL contract.

He attended the Sharks Development Camp in 2018.