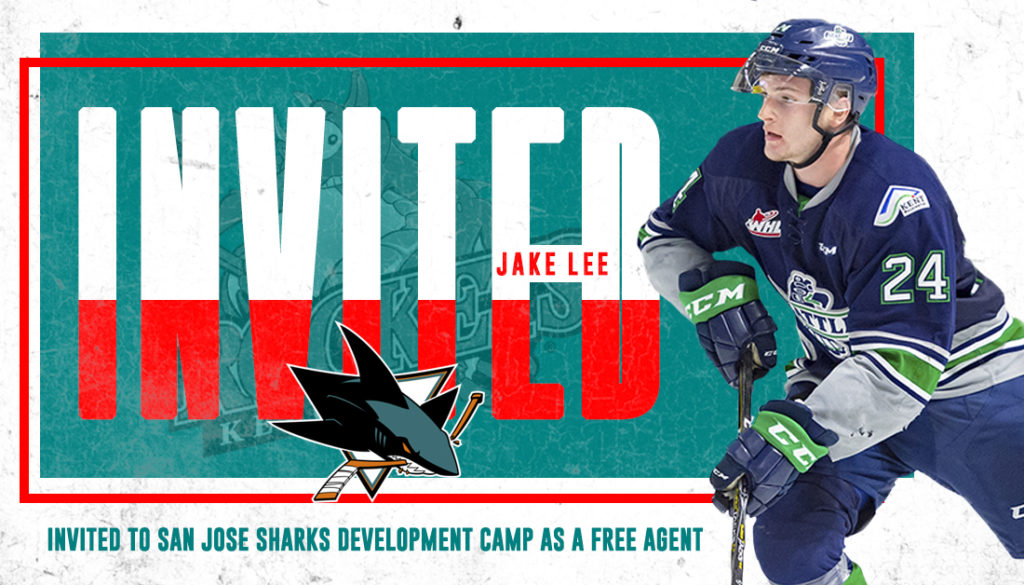 Kelowna Rockets defenceman Jake Lee has been invited to the San Jose Sharks development camp as a free agent after going undrafted at the 2019 NHL Draft this past weekend.

Lee is currently on his way to San Jose, the camp opens this Tues., June 25 with 47 players scheduled to attend. He will be joined by fellow teammate Dillon Hamaliuk who was drafted 55th overall by the Sharks on Saturday during the second round of the draft.

Both Lee and Hamaliuk were acquired from the Seattle Thunderbirds in a blockbuster trade during the 2019 WHL Bantam draft.

A complete roster for the Sharks development camp can be found here.