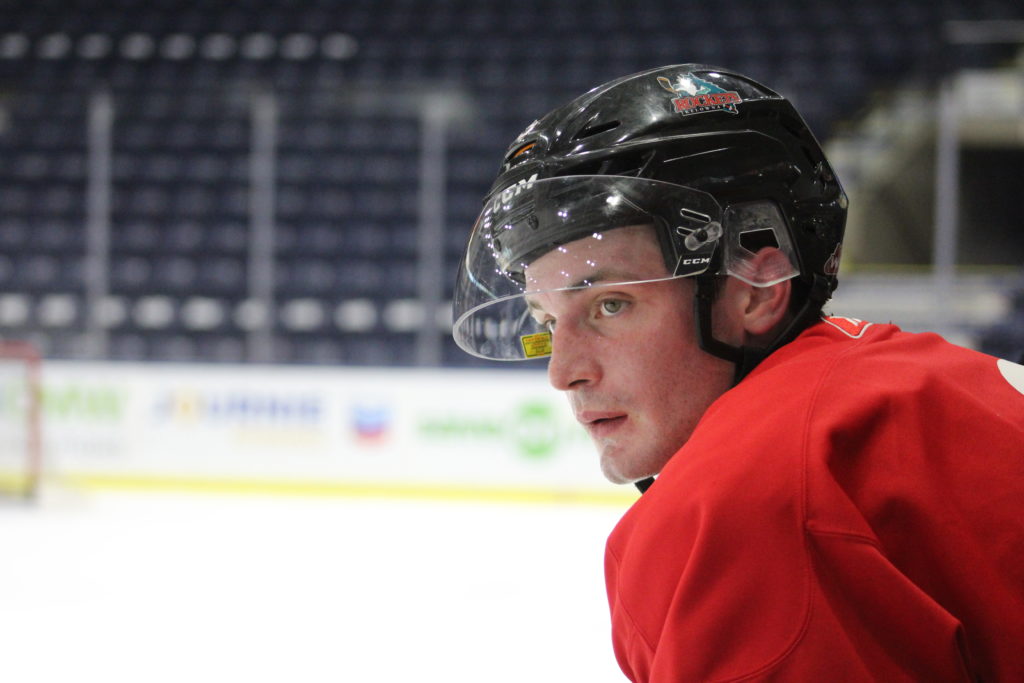 It’s a bittersweet training camp for Kelowna Rockets forward Mark Liwiski, the final one of his major junior career.

The forward is one of four 20-year-old players battling it out for the three roster spots (goaltender Cole Schwebius and defencemen Jake Lee and TysonFeist are the three others).

While the Manitoba product enjoyed his summer in the Okanagan, he’s happy to be back at the rink.

“It went by quicker than I expected,” said Liwiski. “I worked at the Okanagan Golf club for four months while training in Lake Country with Dynamic Edge, so it was a pretty busy summer. I enjoyed some sunshine, played some golf and had a really good summer.

“At the golf course, I was doing anything they asked me to do. Did a lot of maintenance work, was in charge of the driving range and was busy rolling greens. It was some early mornings, I was up at 4:30am and there for a 5:00am shift, by the end of August it was a 5:30am start. It was pretty hot out there most days, to say the least.”

How’s the golf game? Liwiski said that it benefited from him working out at a course and that he’s close to some new lows—but there’s still work to be done, just like hockey.

“It’s getting better. There are lots of good golfers out here in Kelowna, so even if you get paired up with people you don’t know often time’s they’re pretty good players. By the end of the year I had it down to the low 80’s, I’m getting better and closer to cracking the 70’s. I just need to work a little bit on my short game to be able to break them.”

Last season he was third in team scoring with 14 points through 16 games, his nine goals led the team in scoring.

During the shortened 2021 hub season teams were allowed to carry a number of younger players that typically wouldn’t be around, he said that having them around will be beneficial to the core group this season.

“It’s huge for us, it probably makes our team ten-times better that those guys were around last season. The young guys in the hub series were able to get that first taste and see what it’s all about.

“I think it was a long summer, and those younger guys probably trained harder to get faster and stronger now that they know what to expect. It’s going to be a longer season than last year, so we need to stay healthy and prepared.”

When it comes to camp, Liwiski gave kelownarockets.com the full insight into what he’s thinking about these days.

“I’m considered the old guy now, which is kind of weird to think about. I thought I took a step forward last season, it’s going to be exciting heading into my 20-year-old season. There’s not a lot of returning guys coming back, so I’m going to have to take that next step leadership wise and take some of those younger guys under my wing.”

We also asked him what it was like to be a 20-year-old and how he approaches camp each day.

“I’m just getting better every day, I can’t take a step off. Everyone is competing hard for roster spots, especially our 20-year-olds. When you’re 20, it’s the most stressful thing as a junior-hockey player. I wanna take that leap this season and show the boys and coaches that I can be our best player, and if not be our goal scorer.”

“There are no friends, everyone’s competing for a roster spot and I love the compete so far. I credit the coaches and the staff around us for making sure if you miss that pass, you go get that puck, we’re not taking any shifts off. We know when game time comes and we get into those conference games against Kamloops and Vancouver, they’re not going to take their foot off of the gas. We need to strive to get better every day and work our tails off.”

In addition to being counted on to put up points, Liwiski said that he wants to be a leader for what he expects will be a younger Rockets lineup.

“When I think of leadership, there are a few different parts to it. There’s off-ice leadership in the room, keeping the boys loose, focused and making sure we’re doing our jobs right. On the ice I’m business as usual, I love being the hardest working guy out on the ice and leading by example.

“I like to have fun, and I’m a pretty positive guy to be around. If the boys need a check finish or a goal, I want to be that guy. I want to take some of those younger guys under my wing and have them say, ‘Hey we should follow this guy’s lead.’ I know we have a great group of leaders here already, so I think the young guys will be fine under us.”

As for his goals this season, Lewy has a few he wants to check off before the clock ends on his junior career this upcoming spring.

“I’m an older guy now, and it feels weird to say that. I remember when I was 16 coming into camp, I was pretty scared and when an older guy would give me a pat on the back and say nice shot or nice pass, it made me feel so much more comfortable.

“Personally, I want to be our best player on the team and a big part of the leadership group. Obviously, I want to win with this team, and I think we have the team to do it. It’s been a while since we had a full season, it would be nice to make a trip to the playoffs and go after a title. It’s my last year in the Western Hockey League and they aren’t lying when they say it goes by quick, it goes by quick. I just want to soak it all in, enjoy it and land a pro contract for next season.” 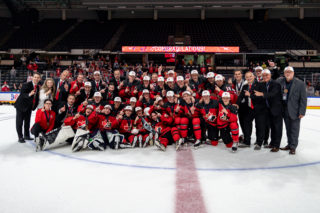 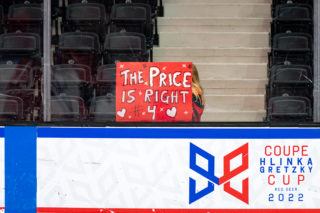 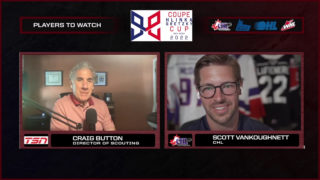