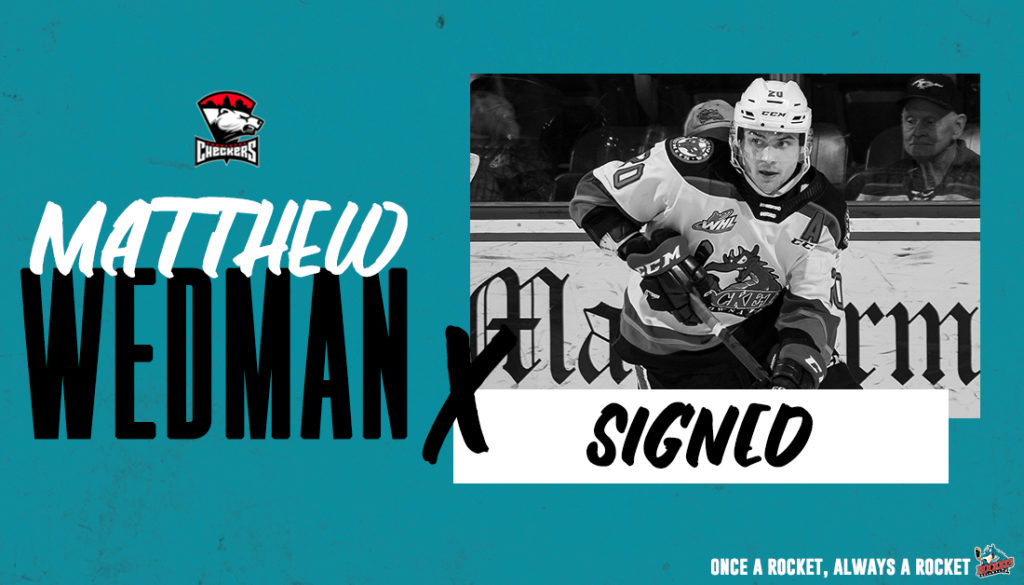 Wedman was acquired from the Seattle Thunderbirds back in December. The Edmonton, Alberta product appeared in 35 regular-season games for the Rockets, posting 36 points (17g, 19a).

In addition to being named the Rockets MVP, Wedman was also awarded the Hollis Peirce Award for top defensive forward.

The Checkers are the farm team for the Florida Panthers.