McAuley’s Jake Poole making a splash with the Rockets 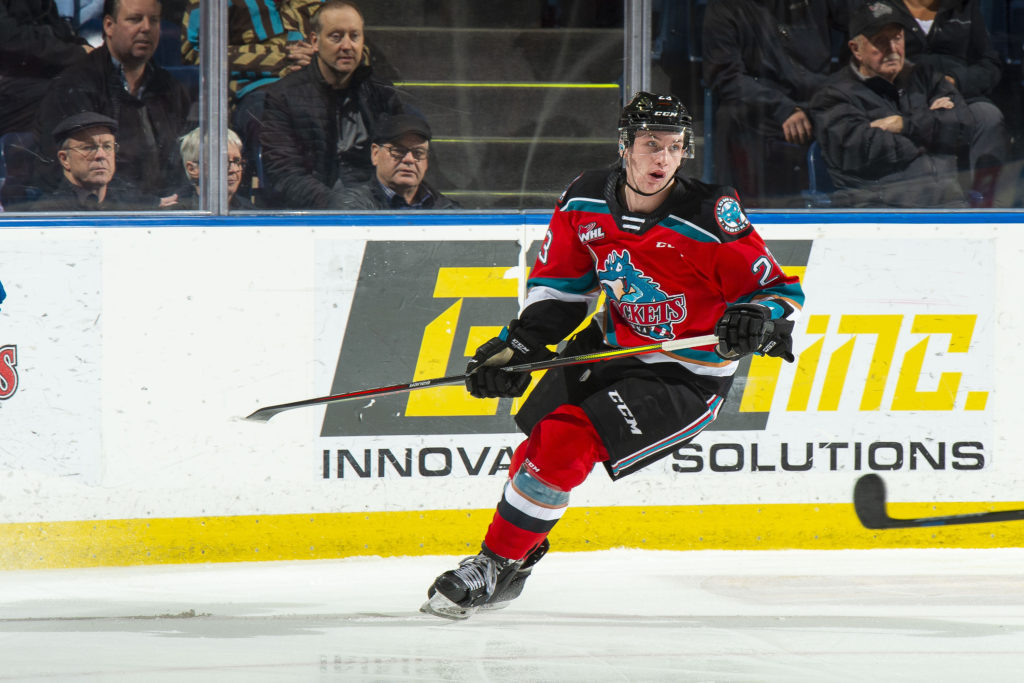 You can often find Kelowna Rockets rookie Jake Poole with a big grin; it’s something that hasn’t disappeared from the 17-year-olds face since he found out that he had cracked the Rockets roster for their Memorial Cup season during training camp.

Poole knew that he wasn’t going to make the roster as a 16-year-old last August. He came to camp and listened to what the coaches and management wanted him to work on, then he went back to the Yellowhead Chiefs Midget AAA where he worked his game and tore it up. When it was all said and done, he ranked fifth in MMHL scoring with 81 points (40G, 41) in 48 games.

“Last year when I came to camp I knew I had a lot to work on,” said Poole. “I used my last year in midget with the Chiefs to play consistently and be the best that I could be, to prepare myself to have a chance to make the Rockets roster this season.”

The forward returned to camp this past August feeling like a more complete player and that he could make the Rockets opening night roster. In the end, he was right, towards the end of camp he learned that he would be sticking around in Kelowna.

“Over the summer, I worked on my skating a lot. Footwork, quickness, and just skating in general. I knew that’s what I had to work on to make the team this season.

“I was pumped when I found out. It’s always been a dream to play in the Western Hockey League; I grew up watching the Brandon Wheat Kings play all of the time and knew this was the route I wanted to go. I really looked up to former Wheat Kings like Matt Calvert, Mark Stone and even defenceman Ryan Pullock.”

Despite growing up in Manitoba and cheering for the Wheat Kings, he knew a lot about the Kelowna Rockets organization because of the 2015 WHL Final where Kelowna swept Brandon 4-0 to secure their fourth WHL Championship.

“I went to one of the games in Brandon when they played the Rockets in the finals. It was exciting, they were a good team and fun to watch. When the series was on television I saw that Prospera Place was packed and so loud, I knew then that Kelowna was the place I wanted to play.”

Two years later, that dream came true for Poole when the Rockets selected him during the sixth-round (No. 127) at the 2017 WHL Bantam Draft. The then 6’0, 175 pound forward had just put together a 77 point (36G, 41A) campaign for the Yellowhead Chiefs Bantam AAA of the WBAAA.

So thankful to be apart of the @Kelowna_Rockets organization! Thank you to my coaches, parents and teammates to get me to this point

“I was so excited when I found out Kelowna had drafted me. It’s such a good organization, they’ve had a lot of players move up into the NHL and the professional ranks. I was really stoked because it was one of the top teams I wanted to go to.”

Fast forward to 2019, where Poole is often one of the last players on the ice after practice. Not only because he’s a rookie and has to clean up water bottles and pucks at the end, but also because he’s been out there working on his game and the extra details. Recently, he has started to find the score sheet more and the coaches have entrusted him with more playing time in critical situations.

“I have a bit more confidence in my game, it feels great. I think it’s been helping that I’ve been sticking around later to spend time on the ice after practice where I can put in some extra time, but I also think my linemates have really helped me as well.”

His linemates are also some of his closest friends on the team. Often skating on a line with fellow rookie Trevor Wong and second-year player Ethan Ernst, he credits them with helping him be a better player and make the transition to living in Kelowna and playing in the WHL.

“Wong, Ernst and even Elias Carmichael have really helped me. We’re all in school still, so we spend a lot of time together. An older guy on the team who has really helped me has been Cayde Augustine. We live together here, I lean on him a lot because he went through being a rookie last season. My billet family has also been really great at helping me settle into being here.” 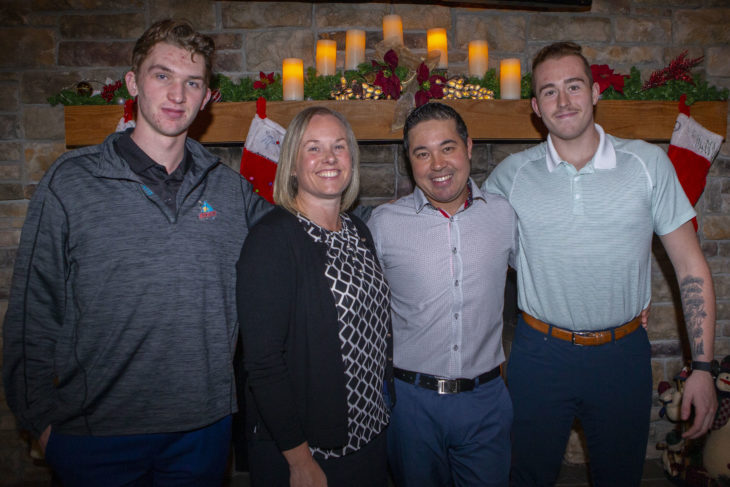 Poole grew up on a cattle farm in McAuley, Manitoba, it’s a small town located about an hour and a half north-west of Brandon. He says that he learned a lot from helping out on the farm, taking his hard-working nature and applying it to the ice.

“I think that helping my dad on the farm and with the cattle helped me develop a good work ethic. There are jobs there that if you don’t do it, it’s not going to get done. By watching my dad, I’ve really learned a lot. I think helping out on the farm has helped me become a better hockey player.

“Every time someone asks where I’m from they never know where it is, it’s a town of about 75 people. The nice part being from a small town is that everyone knows everyone. When the news got out that I had made the team the whole town was texting me and calling me to congratulate me, it’s great to have the support of them all.”

Poole is sure to have a large crowd in attendance when he’ll have the chance to play in front of his family and friends in a Rockets sweater for the first time when Kelowna visits the Brandon Wheat Kings on Tuesday, December 10 during their prairie road trip.