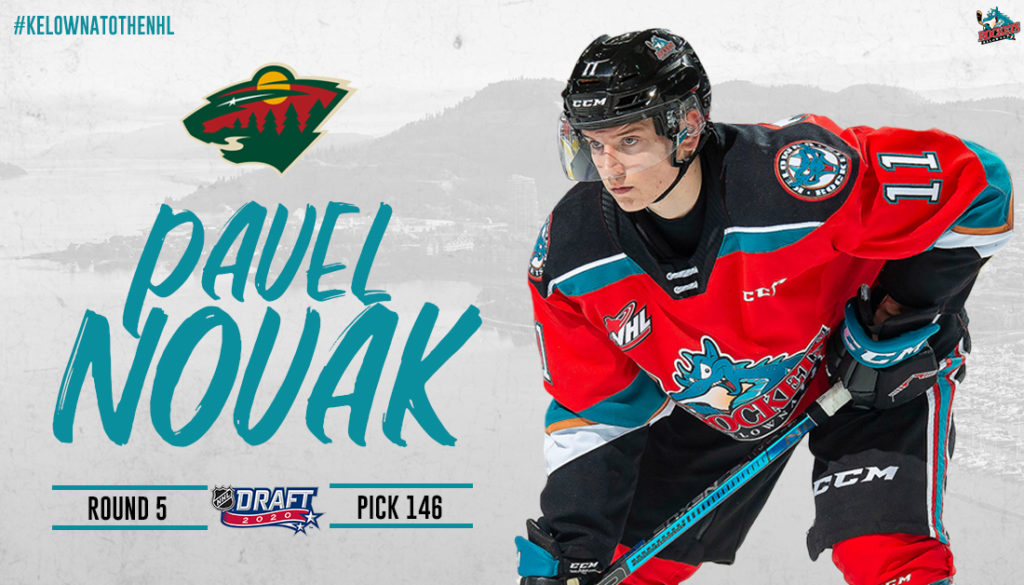 The Kelowna Rockets had a pair of players selected on the second day of the 2020 NHL Draft.

Defenceman Michael Krutil went off the board first, selected 110th overall by the Chicago Blackhawks in the fourth round. Staying within the Central Division, the Minnesota Wild picked forward Pavel Novak 146th overall in the fifth round.

Get to know defenseman Michael Krutil, the defenseman selected in the fourth round from Sparta Praha in Prague!@ChevyDrivesChi | #NHLDraft pic.twitter.com/x3aFmiPxFc

Krutil has yet to play a game with the Rockets, he was picked 24th overall by the Rockets in the first round of the 2020 CHL Import Draft.

Krutil, 18, has been limited to 70 games over the last two seasons due to injuries.

Drafted 13th overall by the Rockets during the 2019 CHL Import Draft, Novak was named the Rockets Rookie of the Year.

He led the Rockets in points this season with 58 (25G, 33A) in 55 games played. He also led the team in goals and game-winning goals with five, his eight power-play goals also tied Nolan Foote for the team lead. Novak finished fourth in CHL rookie scoring, eight points back of Kingston’s Shane Wright.

With the start of the Western Hockey League season delayed, Krutil and Novak are playing for HC Stadion Litomerice that plays in the Czech2 with men. Novak has appeared in five games for Stadion, posting four points (1G, 3A) and two penalty minutes.

This marks the second straight year that at least a Rocket has been drafted. Last year Kelowna led the CHL with four players selected at the 2019 NHL Draft, including two in the first round; Lassi Thomson (19), Nolan Foote (27), Kaedan Korczak (41) and Dillon Hamaliuk (55).