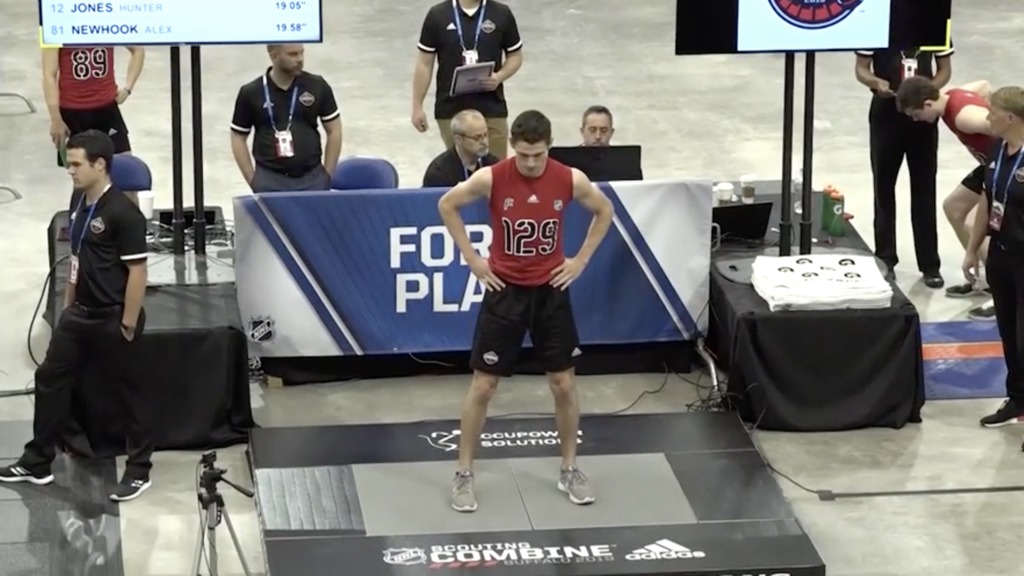 It was a busy week for four Kelowna Rockets at the NHL Scouting Combine as they made the next step towards hearing their name called at the 2019 NHL Entry Draft later this month.

The combine allowed NHL clubs to interview and assess players as they completed various fitness and medical evaluations ahead of the 2019 NHL Draft in Vancouver, B.C., on June 21 and 22.

Hamaliuk only participated in the interview and medical portion of the combine as he continues to recover from an injury.

“My brother and my dad have given me lots of advice about the draft and the combine,” said Foote. “Cal’s advice was some of the questions to expect from teams and how to handle myself in interviews. My dad’s advice was to have a good time and enjoy it, because it only happens once.”

The top 25 results from 18 fitness tests have been released to the public. You can find the results here.

Korczak lead the way for the Rockets placing in the top 25 of 11 tests.

“The fitness tests were a good experience. I worked really hard the last couple of weeks, I felt prepared going into it today,” said Korczak. “The combine gave me the chance to meet some the guys that I’ve played against for years, it was pretty cool to spend some time and get to know them.”

Rockets Results at the combine:

You can catch the NHL Draft on Sportsnet.