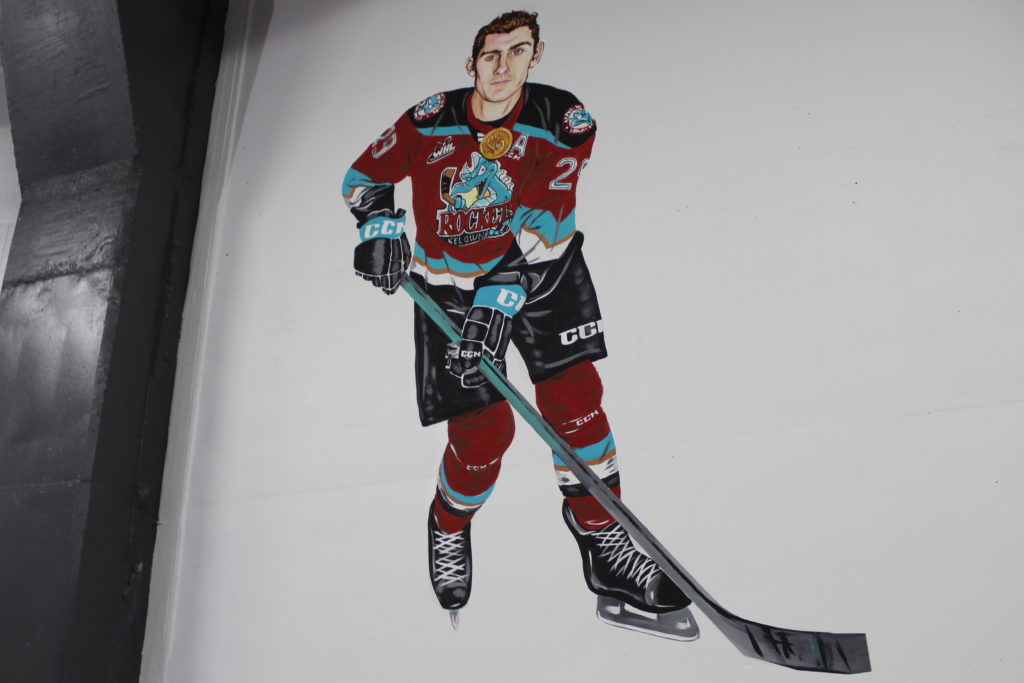 With his World Junior Championship gold medal hanging around his neck, Nolan Foote has become the 21st player added to the Wall of Recognition for Outstanding Achievement.

Foote booked his spot on the wall alongside his brother (Cal) after helping Canada claim gold at the 2020 IIHF World Junior Championship in the Czech Republic this past January. He had three goals and a pair of assists in seven games at the tournament.

Originally the wall featured players that were important to the organization’s history. In the mid-2000s as the Rockets became a powerhouse in the WHL and started producing championships as well as world-class players, the team created a list of criteria that must be met to be added to the wall.

As of 2004, to be added to the wall a player must accomplish one or more of these feats:

To learn more about who is on the wall and how they earned a spot up there click here.

He was named the 25th Captain of the Rockets this past season. His mural currently has an A on his jersey, the next time Rockets mural artist Joey Burdziuk is in Kelowna she will update it to a C.

The Tampa Bay Lightning selected Foote last June during the first round of the 2019 NHL Draft with the 27th overall pick. His rights were dealt to the New Jersey Devils before the trade deadline in February.

Leon Draisaitl’s 2020 Art Ross Trophy was added under his mural, beside his Memorial Cup MVP Stafford Smythe Memorial Trophy. Draisaitl lead the NHL in scoring this season with a career-high 110 points (43 goals, 67 assists) in 71 games. 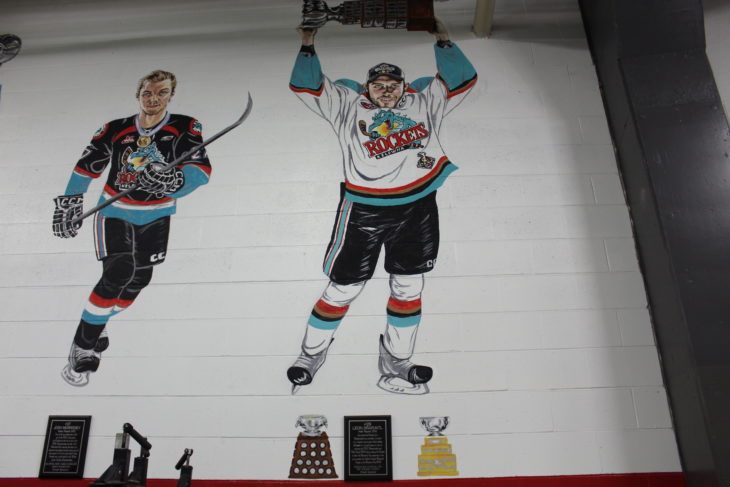