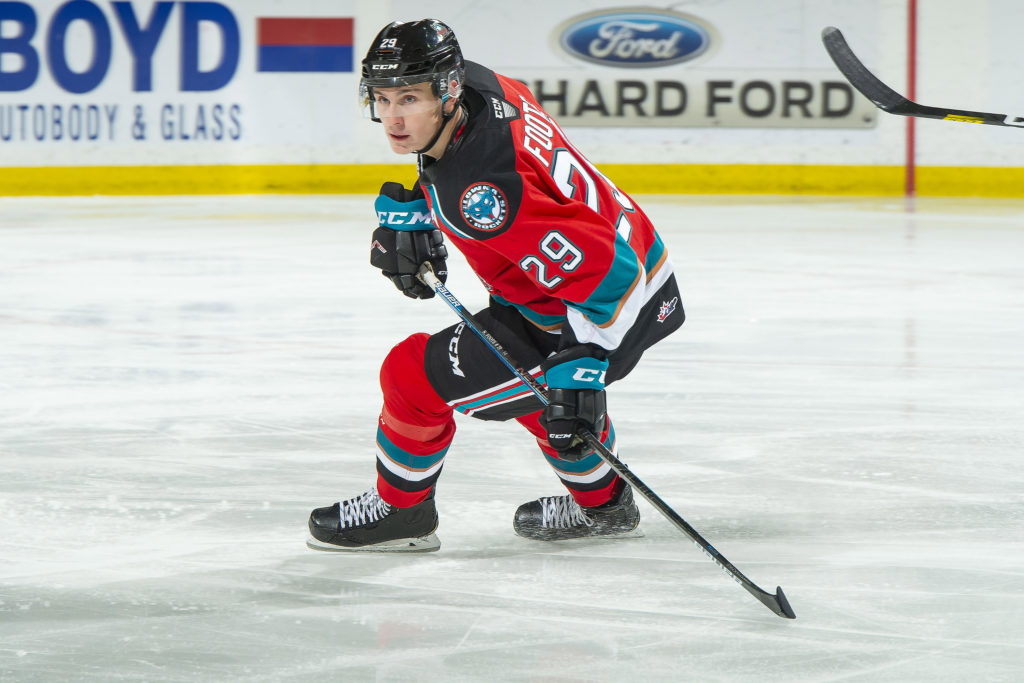 The Western Hockey League, in association with the Canadian Hockey League and Hockey Canada, announced today that Kelowna Rockets captain Nolan Foote will serve as an alternate captain for Team WHL at the 2019 CIBC Canada Russia Series.

Foote, the 27th-overall selection of the Tampa Bay Lightning at the 2019 NHL Draft, was named the 25th captain in Rockets franchise history earlier this month.

The 18-year-old leads the Rockets in scoring with 16 points (7G-9A) through 11 games this season. Foote has 154 points (75G-79A) in 180 WHL regular-season games. The Engelwood, Colo. product won gold with Canada at the 2017 Hlinka Gretzky Cup and earned a silver medal with Canada Black at the 2016 World Under-17 Hockey Challenge.

The Kelowna Rockets will be represented by a trio of players, a league-high. Kaedan Korczak and Dillon Hamaliuk will join Foote on Team WHL.

The 2019 CIBC Canada Russia Series will represent the event’s return to both Saskatoon and Prince Albert. In 2005 and 2014, the event made an appearance in Saskatoon, while Prince Albert played host in 2008.

The 2019 CIBC Canada Russia Series is supported by title sponsor CIBC, the Official Bank of the CHL, along with associate sponsors Kia Canada, Cooper Tires, and Kubota Canada. All games will be broadcast nationally on Sportsnet and TVA Sports.

Tickets for Games 5 and 6 of the 2019 CIBC Canada Russia Series are available now. Complete ticketing options available at the links below.

You can see the trio play this Friday when they host the Prince George Cougars at Prospera Place. Tickets are on sale at selectyourtickets.com, at the Prospera Place box office or by phone at 250-762-505.