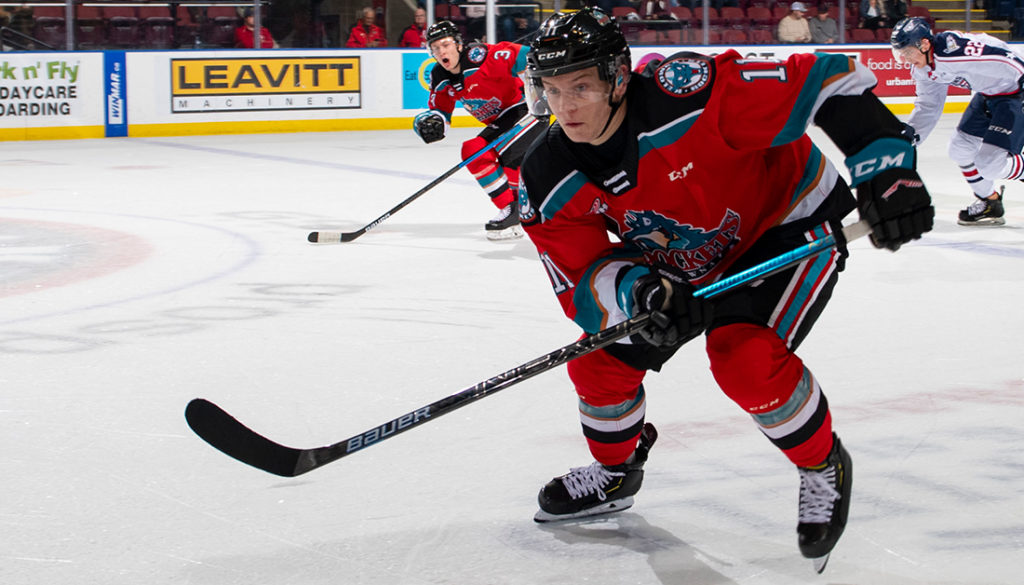 Kelowna Rockets forward Pavel Novak has been added to the NHL Central Scouting 19-20 Preliminary Players To Watch List as a C rated prospect.

His “C” rating means that he’s a potential fourth-, fifth- or sixth-round selection at the 2020 NHL Draft in Montreal.

The players to watch list is Central Scouting’s top prospects from all the major development leagues throughout North America and Europe. The list is updated throughout the season as scouts travel to watch prospects play live.

Novak, 17, was selected 13th overall by the Rockets during the 2019 CHL Import Draft in June.

Related Links
Novak and Augustine interview each other

The Tabor, Czech Republic product is tied for first in Rockets scoring and leads all first in WHL rookies in points with eight (three goals, five assists) in seven games played. He netted his first WHL goal this past Wednesday against the Tri-City Americans.

You can see Novak and the Rockets play this Saturday, October 12 when they host the Kamloops Blazers for the Hershey Candy Scramble Game. Kids 12 and under will be invited onto the ice during one of the intermissions to grab candy. Tickets are on sale at selectyourtickets.com, at the Prospera Place box office or by phone at 250-762-5050.