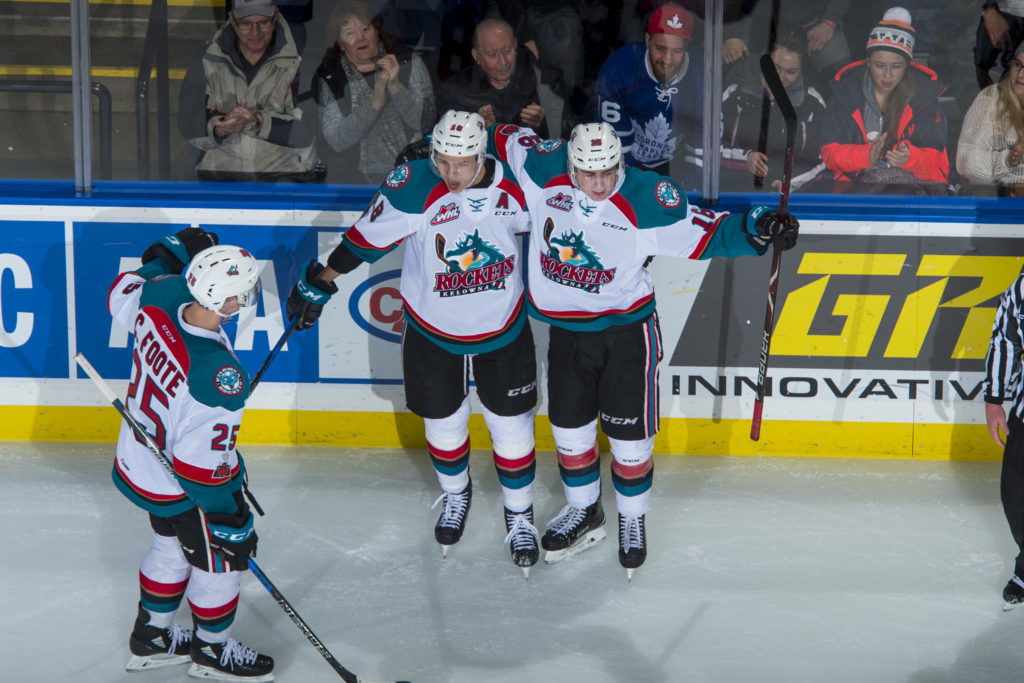 A pair of former Rockets are on the move after being selected in the Seattle Kraken’s Expansion Draft last night, both Kole Lind and Carsen Twarynski were among the 3o players picked from across the NHL.

Twarynski, a third-round pick of the Philadelphia Flyers in 2016, spent a season and a half with the Rockets following a trade to Kelowna from Calgary in January 2017. The Calgary, AB product appeared in 96 regular-season games with Kelowna, posting 94 points (52G, 42A), 105 penalty minutes and a +23 plus-minus rating.

The 6’2″, 198-pound forward made his NHL debut with the Flyers last year. He suited up in 22 NHL regular-season games with the Flyers over the last two seasons, posting a goal and six penalty minutes.

From the City of Brotherly Love, we're proud to select @Ctwarynski!

Lind was selected by the Canucks in the second round of the 2017 NHL Draft. The Shaunavon, SK produced appeared in 204 regular-season games with the Rockets, putting up 224 points (83G, 141A), 202 penalty minutes and a +74 plus-minus rating.

The 6’1″, 179 pound forward made his NHL debut this past season, appearing in seven regular-season games with the Cancucks.

From the Vancouver Canucks, we're excited to select forward @klind13!

Welcome to the BEST city in the Pacific Northwest. pic.twitter.com/yC52jjif4q

Twarynski and Lind played on a line centred by current Calgary Flame Dillon Dube during most of the 2017-18 season. Twarynski posted 72 points over 68 games, while Lind put up 95 points in 58 games.