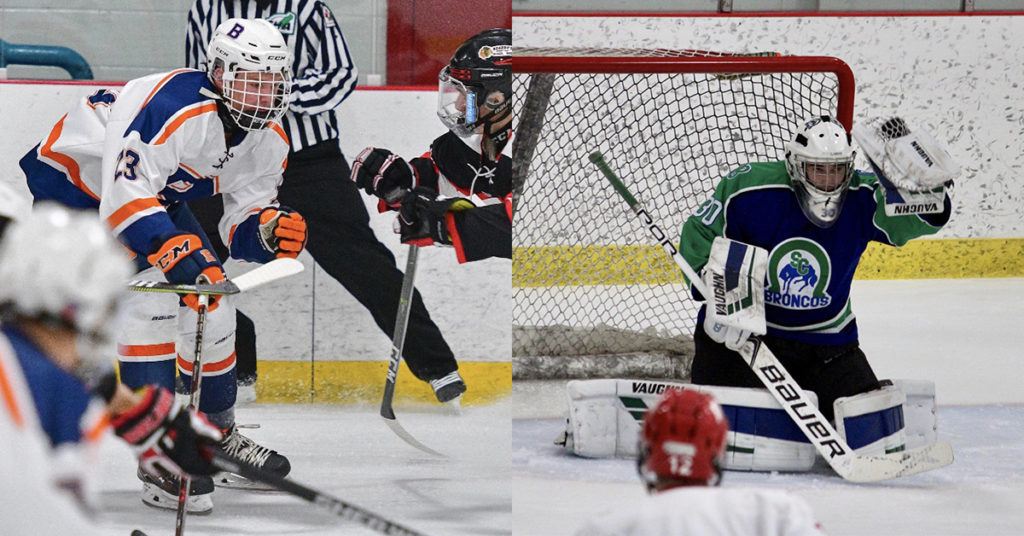 The Saskatchewan Hockey Association introduced their Male Under-16 Roster that will represent Team Saskatchewan at the 2019 Canada Winter Games. Rockets prospects, Hayden Wilm and Justin Dueck will help Team Saskatchewan try to capture gold in Red Deer in February 2019.

Both players were selected by the Rockets at this past spring at the 2018 WHL Bantam Draft.

Wilm, a product of Central Butte, Saskatchewan was selected in the fifth round, 106th overall. The Rockets drafted him after a 54 point (23G, 31A) campaign in 30 games played last year with the Swift Current Broncos Bantam AA (SBAAHL), he also had 47 penalty minutes. This season the forward has 14 points (4G, 10A) in 29 games played and six penalty minutes with the Saskatoon Blazers (SMHL).

Goaltender, Dueck had a 9-5 record with a 3.02 goals-against-average and one shutout with Swift Current Broncos Bantam AA last season. He was taken in the tenth round, 204th overall at the Bantam Draft. So far this season the 6’0, 185-pound netminder has a record of 10-0-0-0,  a 1.30 goals-against-average and two shutouts with Swift Current Hurricanes Midget AA (SSMHL).

Team Saskatchewan will take to the ice February 16th and compete in a pool with British Columbia, Alberta and Manitoba.