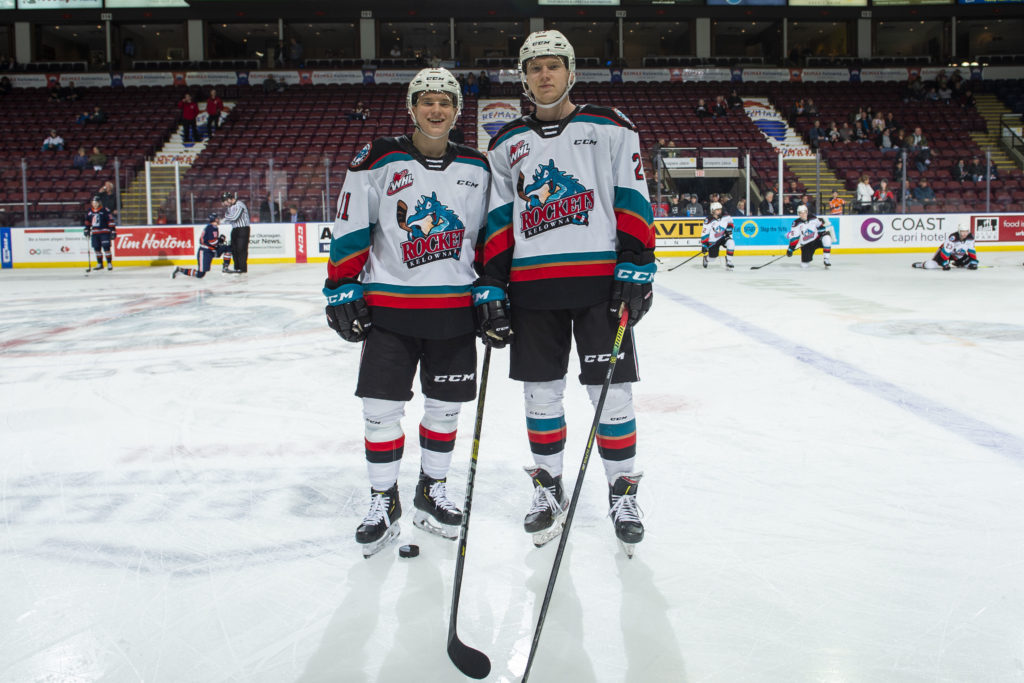 Kelowna Rockets forwards Pavel Novak and Jonas Peterek are among 32 players (18 forwards, 10 defensemen, and four goaltenders) to be invited to the Czech Republic’s Under-20 Summer Training Camp. The camp is used to help determine its roster for the 2021 IIHF World Junior Championship.

Novak, 18, led the Rockets in scoring this season with 58 points (25G, 33A) in 55 games. The Tabor, CZE product was drafted 13th overall during the 2o19 CHL Import Draft and is ranked 85th among North American skaters on the NHL Central Scouting final rankings for the 2020 NHL Draft.

Peterek, 19, was acquired at the trade deadline from the Calgary Hitmen. The Ostava, CZE product appeared in 23 games with the Rockets, collecting five goals and ten assists.