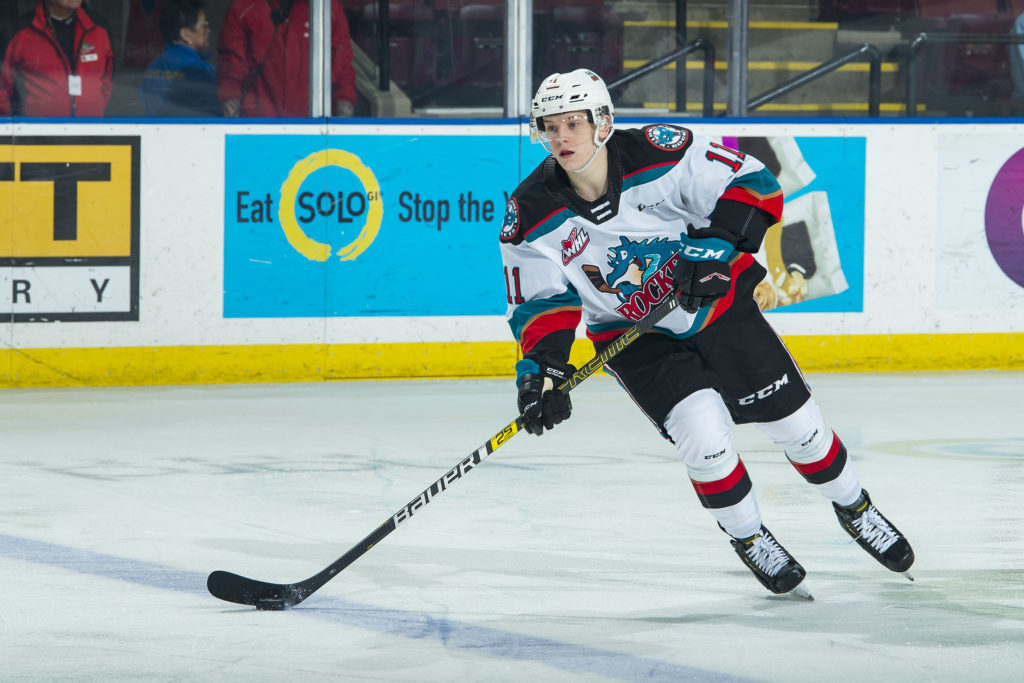 A pair of Rockets have been named to the Czech Republic’s 2021 IIHF World Junior Championship training camp roster.

Forward Pavel Novak and defenceman Michael Krutil will be in attendance when the camp opens on Wednesday.

The pair were drafted by National Hockey League teams in the 2020 NHL Draft last month. Krutil is a prospect of the Chicago Blackhawks and Novak is a draft choice of the Minnesota Wild.

Here’s the roster for the Czech Republic #U20 training camp starting on Wednesday.

The roster doesn’t include players who are currently with their Extraliga teams (Jiricek, Svozil, Klikorka, Suhrada, Mysak, Teply etc.)#WorldJuniors pic.twitter.com/HOmB1g3FZl

Drafted 13th overall by the Rockets during the 2019 CHL Import Draft, Novak was named the Rockets Rookie of the Year last season.

He led the Rockets in points with 58 (25G, 33A) in 55 games played. He also led the team in goals and game-winning goals with five, his eight power-play goals also tied Nolan Foote for the team lead. Novak finished fourth in CHL rookie scoring, eight points back of Kingston’s Shane Wright.

With the start of the Western Hockey League season delayed, Novak has been playing for HC Stadion Litomerice (Czech2). He has appeared in five games for Stadion, posting four points (1G, 3A) and two penalty minutes.

Novak made his first appearance with the Czech senior men’s team at the Karjala Cup over the weekend.

Krutil has yet to play a game with the Rockets, he was picked 24th overall by the Rockets in the first round of the 2020 CHL Import Draft.

The 2021 IIHF World Junior Championship begins on Christmas Day with three games before the Czech Republic opens its tournament schedule on Dec. 26 against Sweden at 11 a.m PT.