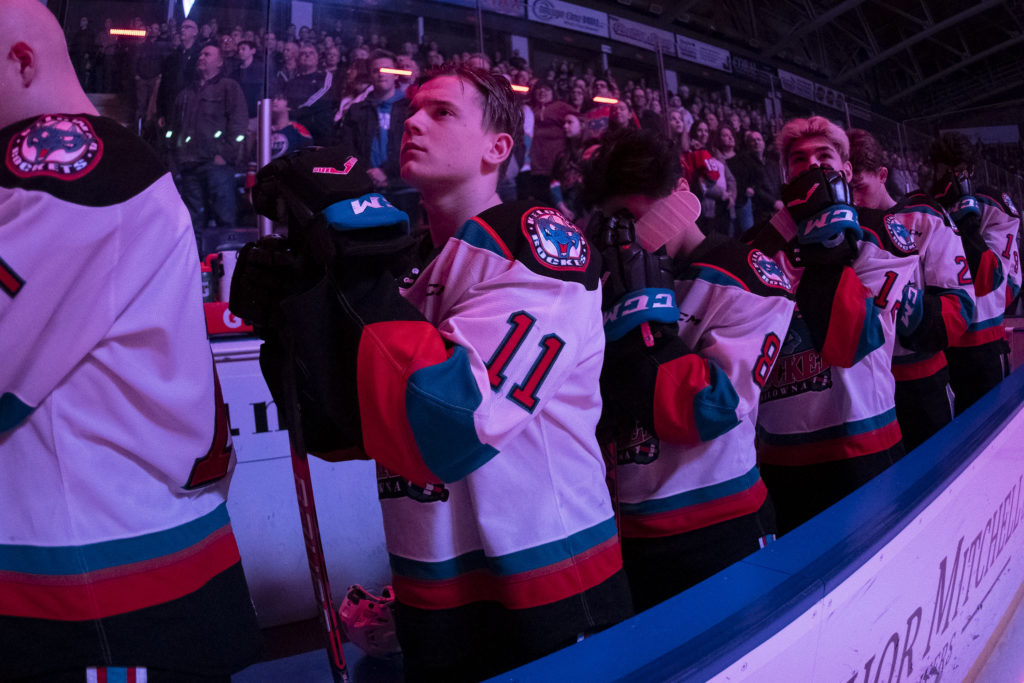 Right-Wing Pavel Novak is ranked No. 85 on NHL Central Scouting’s final ranking of North American skaters for the 2020 NHL Draft.

His ranking projects him to be a potential third-round selection at the 2020 NHL Draft in Montreal.

The 17-year-old Czech Republic product led the Rockets in points with 58 points (25 goals, 33 assists) in 55 games. He also lead the team in goals and game-winning goals (5), and his eight power-play goals tied Nolan Foote for the team lead.

Novak initially cracked the NHL Central Scouting 19-20 Preliminary Players To Watch List as a C rated prospect back in October. His “C” rating then meant that he was a potential fourth-, fifth- or sixth-round selection at NHL Draft in Montreal.

As he continued scoring his draft stock continued to rise, in January he was listed No. 89 in NHL Central Scouting’s midterm rankings.

The date and location of the draft remain in question because of the coronavirus. It had been scheduled for Bell Centre in Montreal on June 26-27 but was postponed March 25.