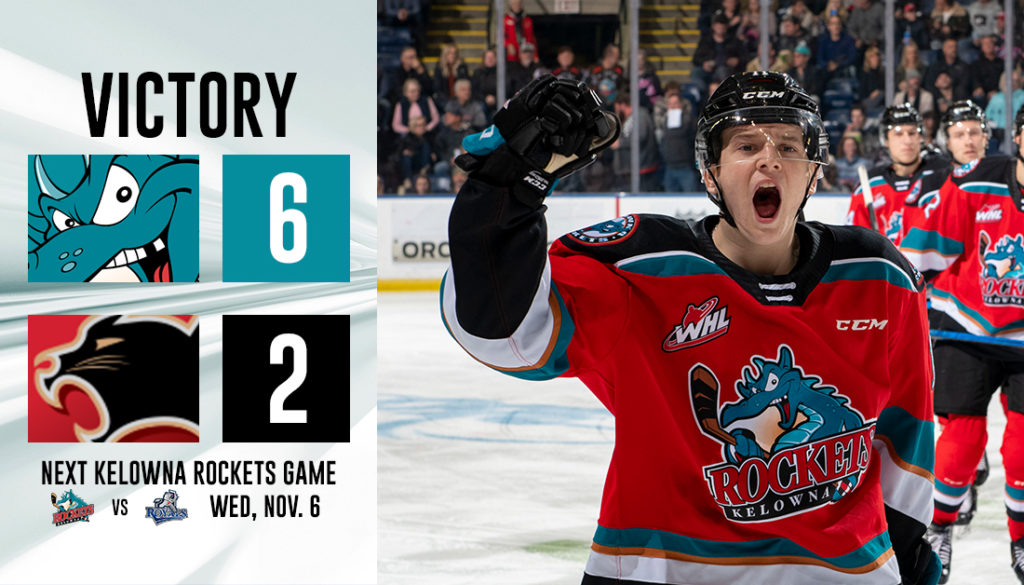 The Kelowna Rockets launched to a 6-2 victory over the Prince George Cougars Friday night at Prospera Place in Kelowna, BC.

Rookie forward Pavel Novak (7) had a natural hat trick and an assist while Captain Nolan Foote also had a four-point night.

Novak scored three straight goals, all before the midway point of the second period, to give the Rockets a commanding lead over the Cougars.

Matéj Toman (3) cut the lead to two, but the Rockets responded with three straight goals from Leif Mattson (2), Alex Swetlikoff (3), and Nolan Foote (9) to go up 6-1. Reid Perepeluk (3) beat Rockets netminder Roman Basran just before the ten-minute mark of the final period.

We can't forget about @kobemohr!

Fresh off a ✈️ to Kelowna, he had two assists in his debut with us tonight! 🍏🍎 pic.twitter.com/aok2xgibPh

The Rockets are back in action on Wednesday when they host the Victoria Royals for Hat-Trick Wednesday. Purchase the Hat-Trick Wednesday deal from Select Your Tickets before 2:00pm on game day to get pop, a hotdog and your ticket for $19.99 plus fees. Tickets are on sale at selectyourtickets.com, at the Prospera Place box office or by phone at 250-762-5050