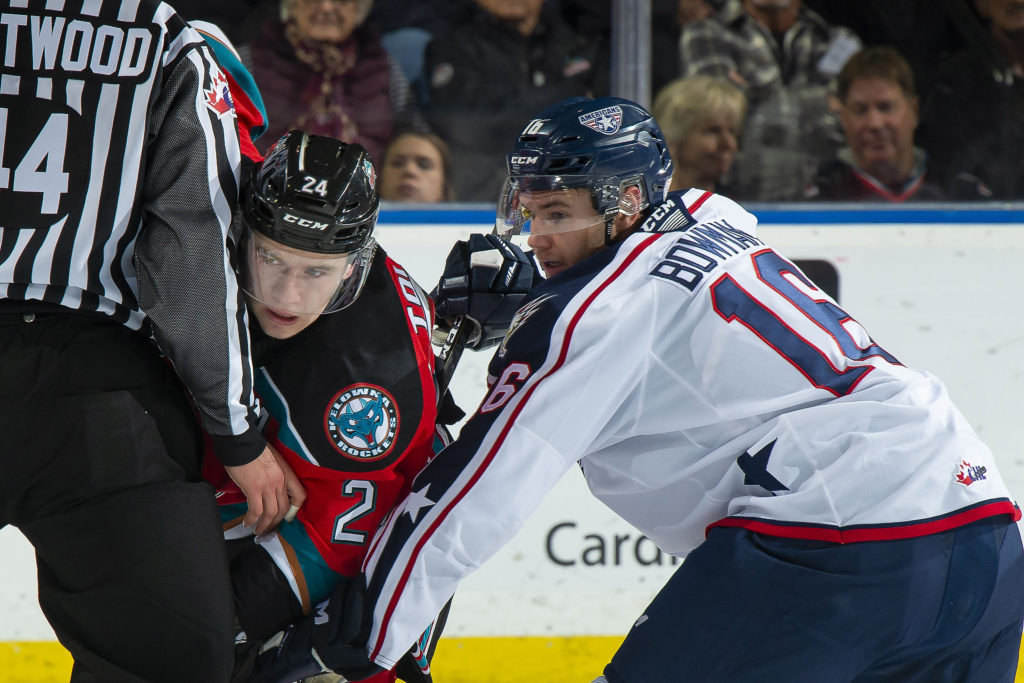 The Kelowna Rockets should hopefully have a pair of reinforcements back in the lineup when they host the Tri-City Americans tomorrow night for Hat-Trick Wednesday at Prospera Place.

The Rockets were last in action on Saturday night where they fell 4-2 to the WHL leading Portland Winterhawks. Assistant captain Kyle Topping scored both goals for the Rockets in the losing effort.

The injury-riddled Tri-City Americans also last played on Saturday, they were shutout 6-0 by the Spokane Chiefs. They were also blanked 5-0 the night before by the Everett Silvertips.

Grab the Hat-Trick deal from Select Your Tickets before 2:00 p.m. on game day to get a pop and hotdog with your seat for only $19.99 (plus taxes and fees).

The Rockets offence exploded for seven goals back on January 5 in Kennewick, WA, downing the Americans 7-3. Four Rockets had multipoint games, Matthew Wedman lead the way with four assists.  Cole Schwebius stopped 24 of the 27 shots he faced.

Michael Farren and Trevor Wong found the back of the net less than a minute apart early in the second period. Sasha Mutala cut into the lead, but the Rockets responded with three straight goals. Tri-City clawed back with a pair of goals, but Kelowna answered with another two goals to restore the four-goal lead.

Tickets are on sale at selectyourtickets.com, at the Prospera Place box office or by phone at 250-762-5050. Purchase the Hat-Trick deal before 2:00 p.m. on game day to receive a pop and hot dog along with your ticket for only $19.99 (plus taxes and fees).