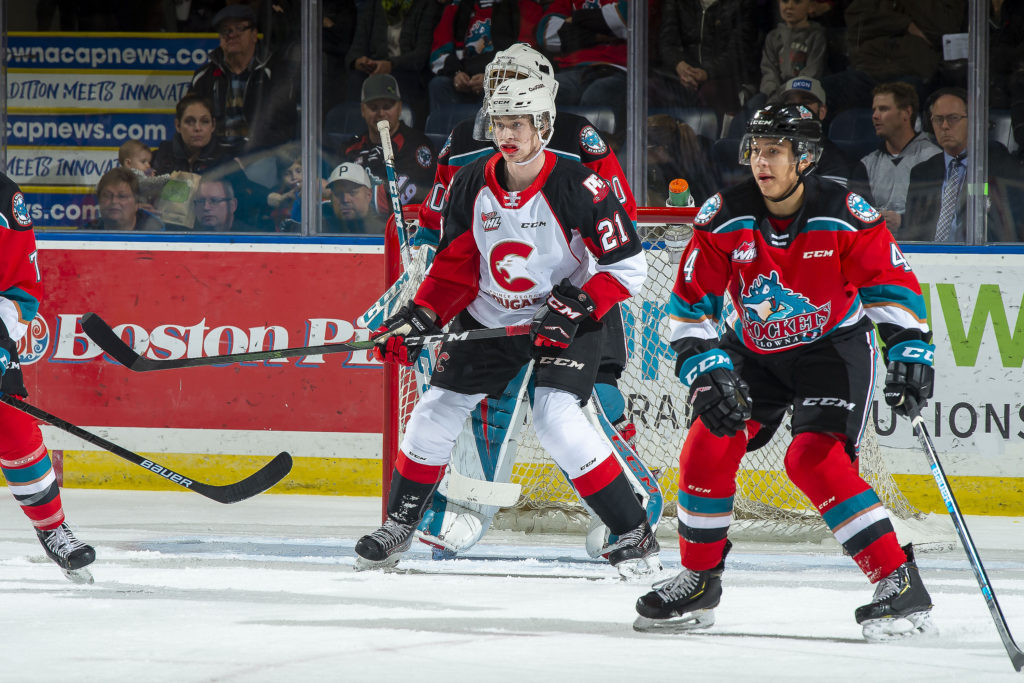 The Kelowna Rockets will hit the host the Prince George Cougars for the 2019 Teddy Bear Toss game tomorrow night at Prospera Place.

Kelowna was last in action on Tuesday where their four-game win streak was snapped by the Oil Kings with a 1-0 loss in the shootout.

Newest Rocket, Jadon Joseph, who was acquired from the Moose Jaw Warriors on Sunday played touched on what it was like to play his first game with Kelowna and what the team needs to do to be successful against the Cougars.

“We didn’t win, but we went to a shootout, and there were a lot of things we could build off from that,” said Joseph. “It was my first game with the team after being here for a day, so it was all new to me. I was trying to get a feel for the guys, the lines and see who I had chemistry with.

“We just have to play simple tomorrow, we’re a good team when we do that. We’ll get the results we want if we play like that.”

Prince George hasn’t played since last weekend where they defeated the B.C. Division-leading Kamloops Blazers in back to back games.

Pavel Novak outscored the Cougars by himself back on November 1 at Prospera Place. Novak had the Rockets first hat-trick in two seasons to help tame Prince George 6-2. He also chipped in an assist to cap off his four-point night, Rockets captain Nolan Foote also had a four-points in the game as well. Roman Basran turned aside Basran 28 of the 30 shots fired on him to pick up his seventh win of the season.

You only get one shot a season at a teddy bear goal! @markliwiski13 worked hard for it! 🐻 🚨
🍎 @DevinSteffler
🍏 Dalton Gally pic.twitter.com/MQBRJJ2jVW

Limited seats remain for tomorrow nights game, grab your tickets today from Select Your Tickets! Visit selectyourtickets.com, the Prospera Place box office or call 250-762-5050 to secure your seats for the game. 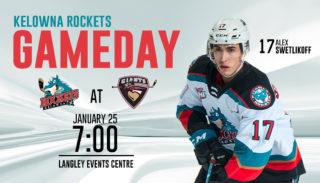 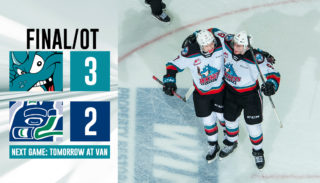 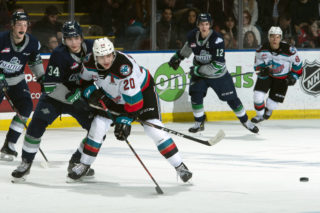