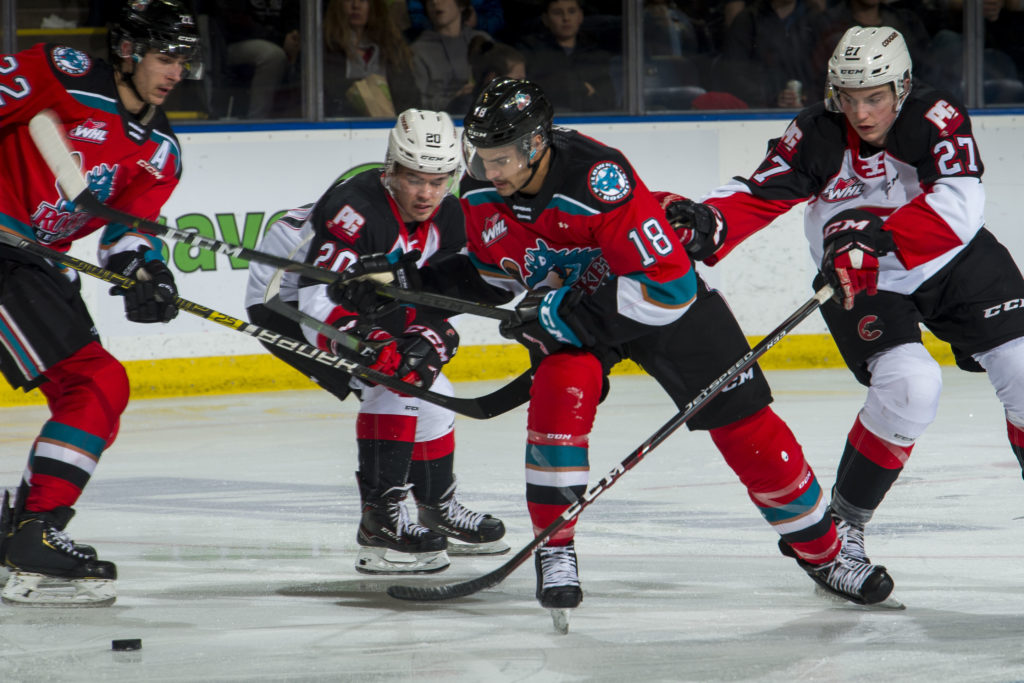 The Kelowna Rockets will look to finish off 2019 with a win when they host the Prince George Cougars for their final contest of the calendar year tomorrow night at Prospera Place.

The rare Monday night game will see the two duke it out for the sixth time this season.

Kelowna is searching for the win column after dropping both of their post-holiday break contests over the weekend. Liam Kindree scored twice for the Rockets in their 6-2 loss to the Vancouver Giants on Saturday night.

Prince George also played on Saturday, they scored the opening goal, but the Victoria Royals answered with five straight goals to tame the Cougars 5-1.

The Rockets were victorious on Teddy Bear Toss night back on November 30 at Prospera Place, downing the Cougars 3-2. Nolan Foote had two power-play goals, the teddy goal and the game-winner. Sean Comrie also found the back of the net. Roman Basran turned aside 19 of the 21 shots he faced.

Visit selectyourtickets.com, the Prospera Place box office or call 250-762-5050 to secure your seats for the game.