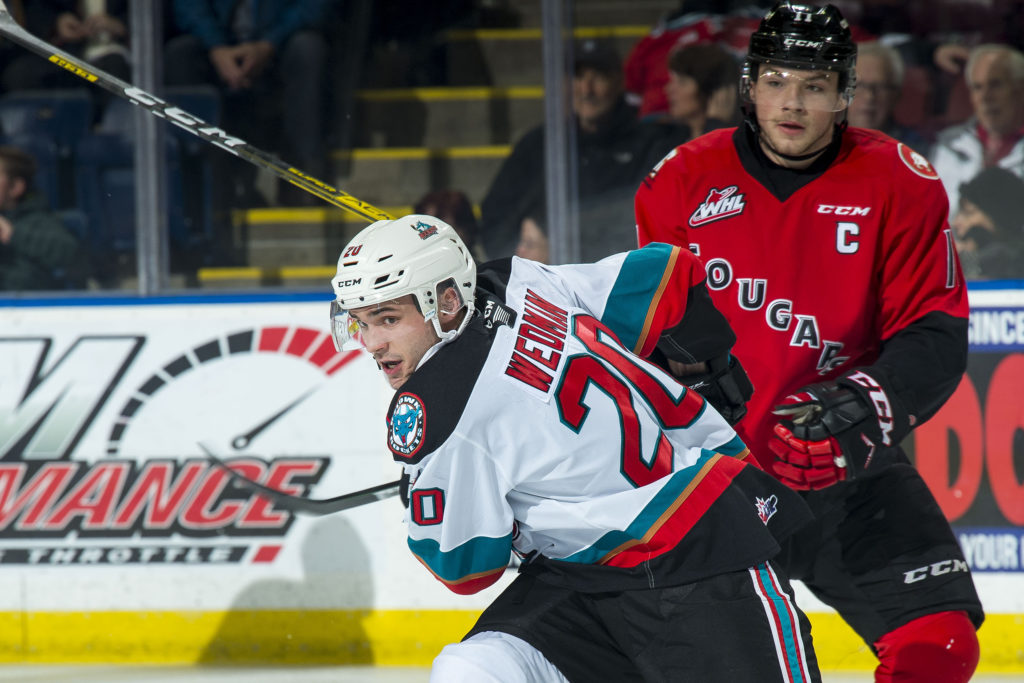 The Kelowna Rockets road trip will shift north for a pair of games in Prince George starting tomorrow night. It will be the Rockets last visit to the CN Centre during the 2019-2020 regular season, puck drop is set for 7:00 p.m. on Tuesday and Wednesday night.

Kelowna’s road trip started on Friday night in Victoria, where they picked up a three of a possible four points on the island. The Rockets won 3-2 in the opener and fell 4-3 in the shootout the next night.

It marked the first time that Kelowna picked up points in consecutive games since January 25.

The Rockets will once again be without Nolan Foote, the Rockets captain departed last week for New Jersey to meet with the Devils medical staff.

The Cougars wrapped up a short two-game road trip down to the United States with a 2-1 overtime victory over the Seattle Thunderbirds on Sunday night at the accesso ShoWare Center.

The Rockets picked up a 3-2 overtime victory over the Prince George Cougars back on December 30 at Prospera Place.

Kaedan Korczak opened the scoring and Mark Liwiski pushed the Rockets out to a two-goal lead just before the midway point of the opening period. Cole Moberg inched the Cougars back within one just before the end of the first.

Connor Bowie tied up things in the second period.

Liam Kindree found the back of the net 4:57 into overtime.