Preview: Rockets head out on three-game road trip to the US 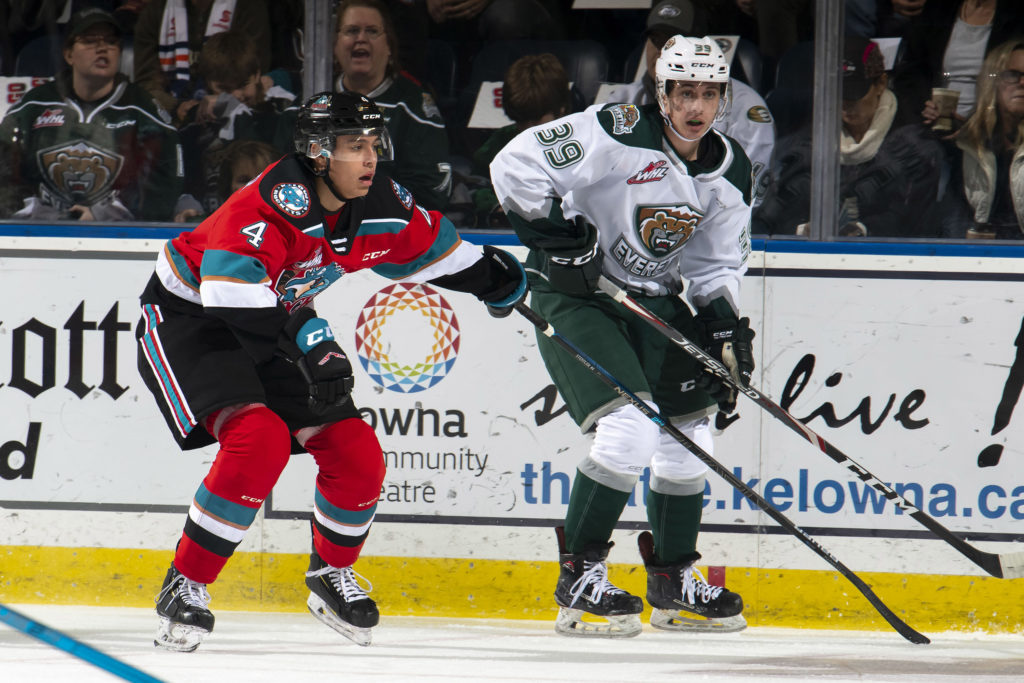 The Kelowna Rockets will be looking to halt a three-game skid this weekend when they head to the United States to face the Everett Silvertips and Portland Winterhawks.

The Rockets will open the weekend on Friday at 7:35 pm against the Silvertips at the Angel of the Winds Arena. They’ll then move on to face the Winterhawks at 6:00 pm on Saturday night at the Veterans Memorial Coliseum, and again at 5:00 pm on Sunday.

Kelowna has already faced the Tips once this season but has yet to take on the Winterhawks.

Both opposing teams are listed on the Kia CHL Top 10 Rankings for this week. Portland is ranked third, and Everett is eighth.

Kelowna was last in action on Saturday, where they fell to the Kamloops Blazers 7-2. Newly acquired Jonas Peterek scored in his debut as a Rocket, Alex Swetlikoff also found the back of the net in the loss.

What a feed by CMAC

The Silvertips dropped both of their games last weekend. Everett fell 4-3 to the Seattle Thunderbirds on Saturday and 6-3 to the Regina Pats on Sunday evening.

The Winterhawks picked up a 9-4 win over the Pats on Tuesday. Portland will visit the Spokane Chiefs on Friday night before returning home to host the Rockets.

You can listen to the games on AM 1150 or watch online with WHL Live.