Preview: Rockets look to jump back into win column against Prince George 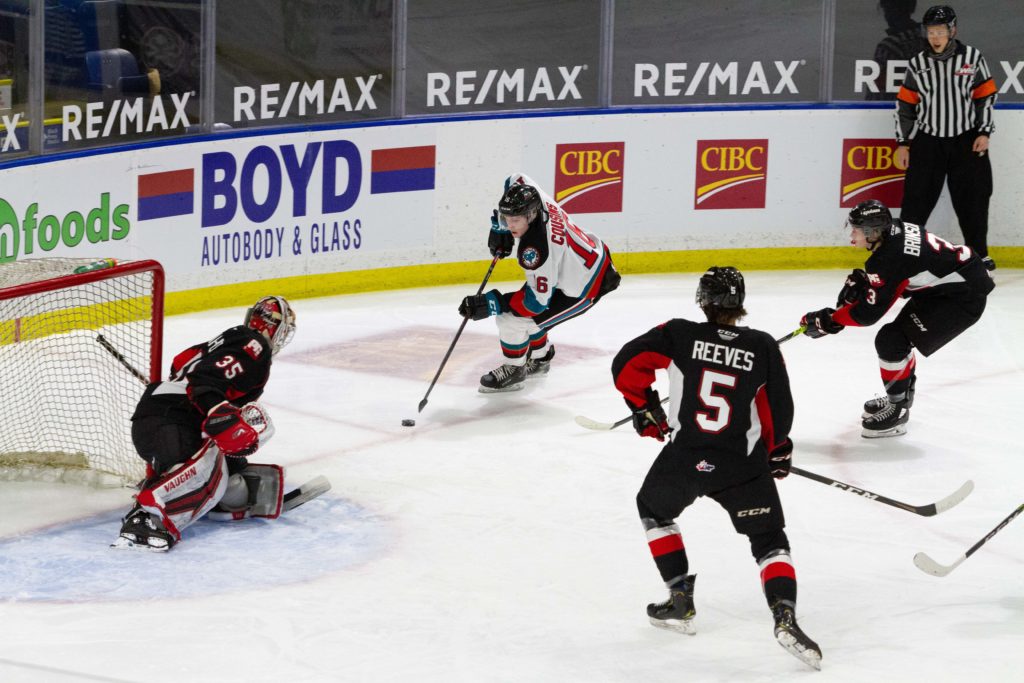 The Rockets have had two days off following three games in three nights over the weekend, the team went 2-0-1-0 during that stretch.

Kelowna had their five-game win streak snapped by the Kamloops Blazers in overtime on Saturday night at the Sandman Centre. David Kope scored twice, while Mark Liwiski also chipped in a goal in the loss. The Rockets were 12 seconds away from a shootout before Caden Bankier completed the hat trick to lift Kamloops past Kelowna.

Prince George enters Tuesday night’s game with the same amount of points as Kelowna. After falling 2-1 to Victoria in overtime on Friday, the Cougars responded with a 5-2 win over the Vancouver Giants on Sunday night.

Kelowna has already played the Cougars twice this season, picking up a pair of wins while outscoring them 12-6.

as of Monday afternoon