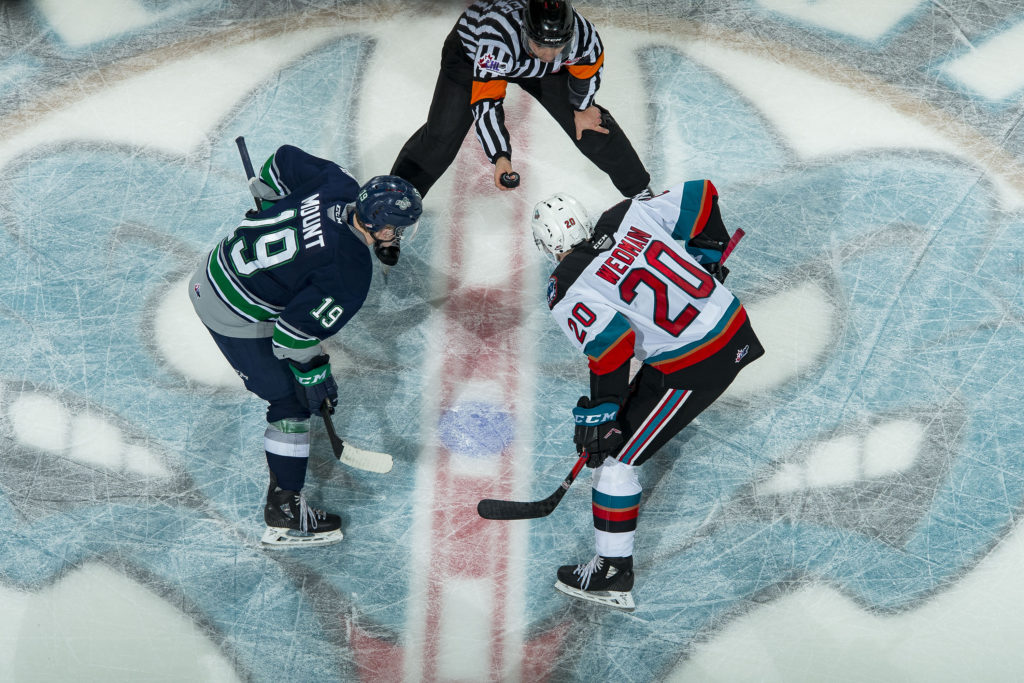 The Kelowna Rockets will be looking to jump back into the win column and secure a playoff position this weekend when they host the Seattle Thunderbirds and Lethbridge Hurricanes.

The Rockets will battle the Thunderbirds on Friday night before the Hurricanes roll in on Saturday night, puck drop is set for 7:05 p.m. both nights.

Kelowna has had the week off, their last game was a 4-1 loss to the Everett Silvertips on Saturday night in Everett. Jonas Peterek scored the lone goal.

Dillon Hamaliuk could return to the lineup this weekend, the San Jose Sharks prospect is listed as day-to-day with a lower-body injury. He missed Saturday night’s game after leaving Friday night’s contest with an injury.

The Hurricanes kicked off their visit to the B.C. Division last night with 2-0 loss to the Prince George Cougars.

Kelowna could have secured a playoff position last night if the Cougars had lost to the Hurricanes in any fashion.

Lethbridge will face the Kamloops Blazers on Friday night before heading to Kelowna.