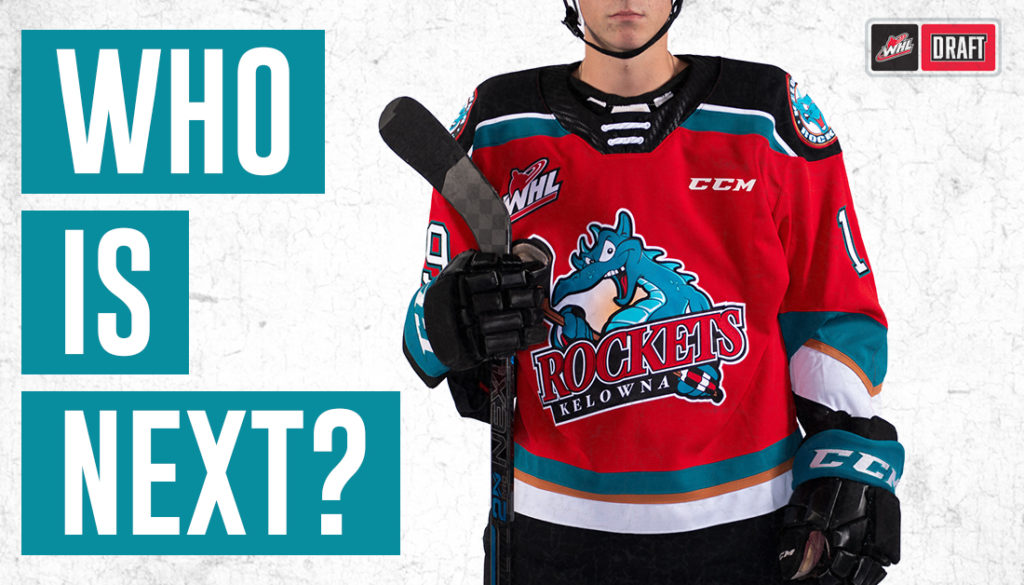 The Western Hockey League will conduct the 2020 WHL Bantam Draft online beginning at 9:00 a.m. PT on Wednesday, April 22, 2020. Real-time results will be available at WHL.ca/draft.

It will be assistant general manager/director of player personnel Lorne Frey’s 29th and final draft before he moves into a senior advisor position with the organization. Frey has headed every Rockets draft since the team’s inception in 1991.

The Rockets did not pick in the first round last year, making a pair of trades in the first round. They moved the fifth pick to the Brandon Wheat Kings in exchange for Sean Comrie’s rights and the tenth pick. Kelowna then flipped the tenth pick along with Conner Bruggen-Cate, the Rockets 2nd round pick in 2021 and first-round pick in 2022 to Seattle for Dillon Hamaliuk, Jake Lee and Cole Schwebius.

This year’s draft, which consists of 2005 born players, is regarded as one of the deepest drafts in recent years. When asked who the Rockets might select with their first pick, Frey didn’t give many details but did hint at what position they’re thinking about drafting.

“There’s a lot of good players in this draft, the first 20 to 30 kids are really good,” said Frey. “We’re going to take who we think is the best player, we always do. In all fairness though, we might be leaning towards a forward.”

Here is a breakdown of the Rockets 2020 draft picks:

This afternoon you can watch the WHL’s 2020 WHL Bantam Draft Preview Show Presented by Kia Canada.

Zach Hodder, Manager, Player Development for the WHL and Taylor Rocca, Director, Communications for the WHL, take an in-depth look at the top players up for selection, the process teams go through for scouting and share insights for what it takes for players to make it into the WHL successfully.

On Wednesday, Zach Hodder, Manager, Player Development for the WHL and Taylor Rocca, Director, Communications for the WHL, will host a live show via the WHL’s YouTube page providing commentary and analysis of all 22 selections in the first round of the 2020 WHL Bantam Draft.

Following the first round, you can follow the entire draft online at whl.ca/draft. We’ll have a recap of the draft available online on kelownarockets.com tomorrow afternoon.