Preview: Rockets ready to wrap up preseason against Blazers 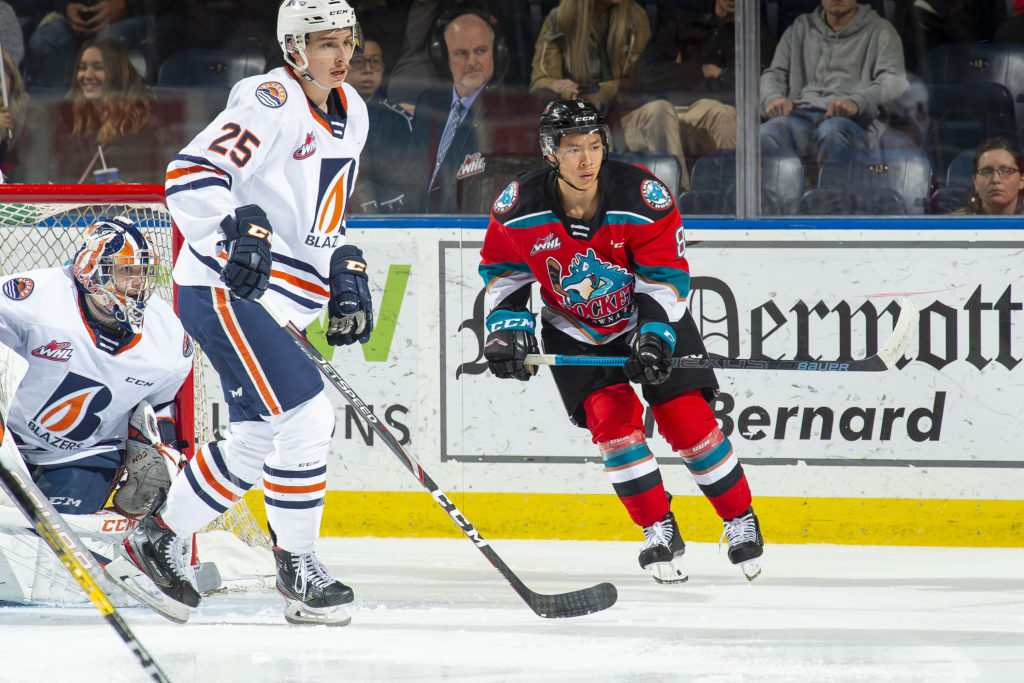 The Kelowna Rockets will close out their 2021 preseason schedule with a home-and-home series against the Kamloops Blazers this weekend.

Kelowna will open the weekend on the road at the Sandman Centre in Kamloops at 7:00 p.m. PT on Friday. They’ll then wrap up the preseason at Prospera Place on Saturday night, puck drop is set for 7:05 p.m. PT.

The Rockets roster currently sits at 26 players, including three (3) goaltenders, eight (8) defencemen and 15 forwards. You can view the Rockets current roster here.

Tyson Feist (ARI) and Trevor Wong (FLA) have both returned from NHL prospect camps, the duo is expected to play this weekend. Noah Dorey, who was attending Boston’s camp, is expected to return to Kelowna in the coming days.

Minnesota Wild prospect Pavel Novak will be sticking around their camp a little bit longer, the Czech forward has advanced to their main camp.

The Rockets are 2-0 on the preseason after downing the Victoria Royals 7-3 and 4-1 last weekend.

Kamloops is 2-0-0-1, most recently they defeated the Vancouver Giants 6-5 in overtime on Wednesday night.

Rockets to keep an eye on:

Kelowna Rockets preseason games are not streamed on WHL Live or broadcast on AM1150. If you see a link on Facebook promoting the game being streamed, it is a scam do not click it.

Tickets for all three preseason games are on sale at selectyourtickets.com, at the Prospera Place box office or by phone at 250-762-5050. Two dollars from each preseason ticket sold will be donated to Cops For Kids.

All fans attending games at Prospera Place will need to abide by the BC Provincial Health Authority, Prospera Place and the Western Hockey League‘s recently announced COVID-19 health and safety requirements which includes masks, double vaccination and their BC vaccine card.