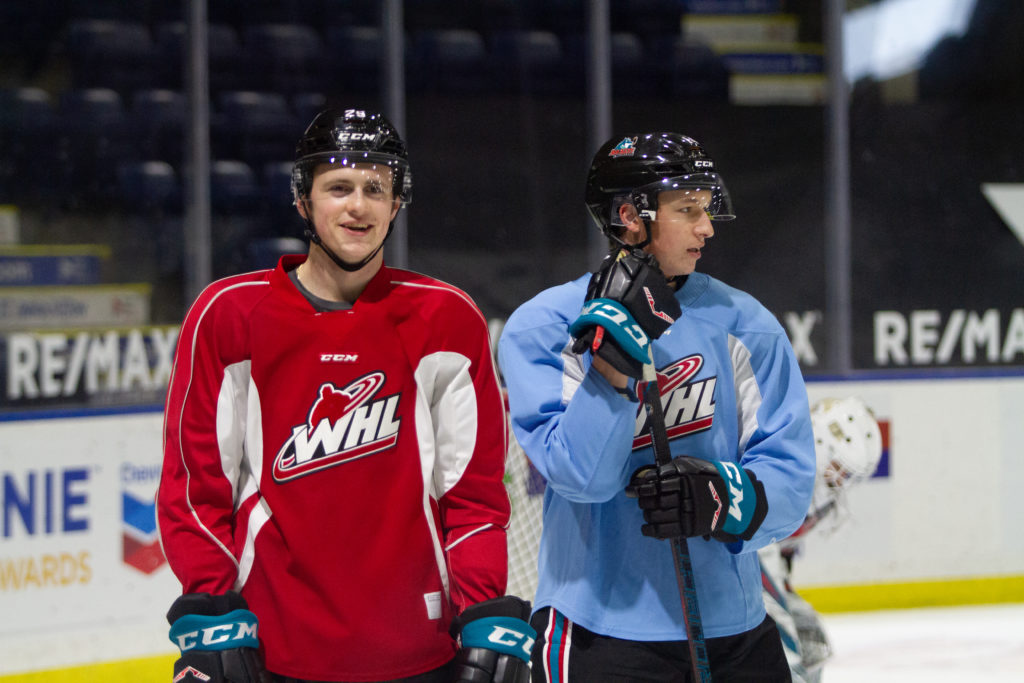 The Kelowna Rockets will play their first game in more than two weeks when they head to Kamloops tomorrow night to take on the Prince George Cougars.

The Western Hockey League announced earlier this week that Kelowna was cleared to resume team activities beginning Wednesday, April 14, after all individuals within the team cohort tested negative for COVID-19 this week.

Prince George will face off against the Victoria Royals at Prospera Place on Friday night before hosting the Rockets. The Cougars enter the weekend with a record of 3-3-1-1.

Shaking off the rust

The Rockets last played on March 29 when they dropped a 6-0 decision to the Vancouver Giants. Kelowna has played just two games this season, they blanked the Victoria Royals 5-0 in their season opener on March, 26.

The team continued to do zoom workouts and yoga at home during the quarantine, but only resumed skating this past Wednesday.

The TRUE Hockey Game Day Media Guide will be available with team notes, stats and rosters for all games. Feel free to print this at home.