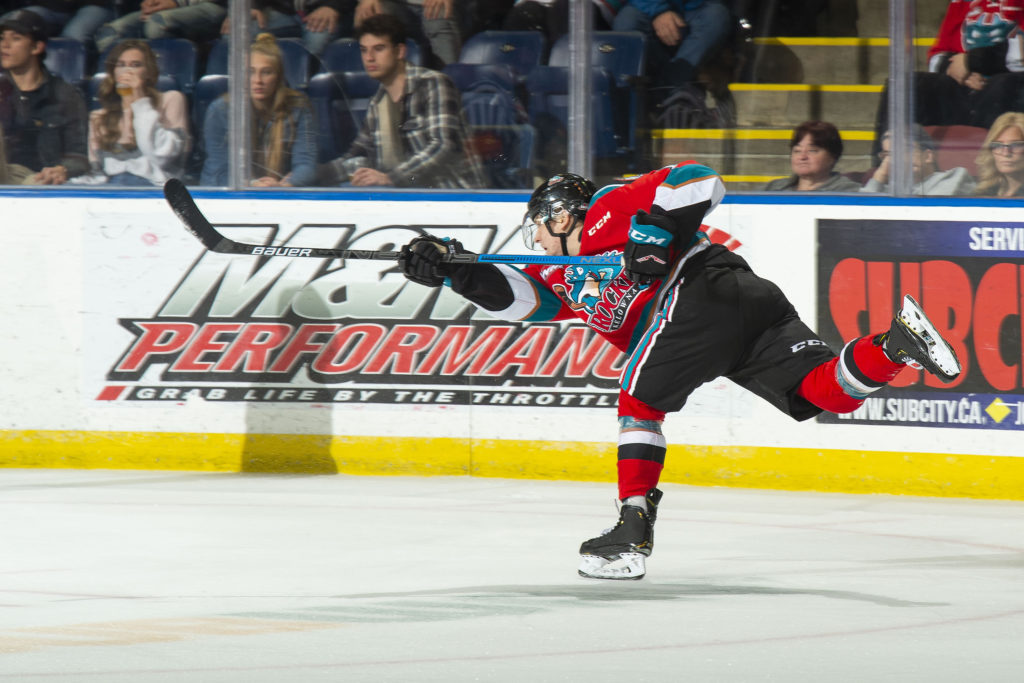 The Kelowna Rockets will look to continue their hot streak as their prairie road trip moves eastward into chilly Manitoba.

The Rockets will face the Brandon Wheat Kings tomorrow night before moving on to take on the Winnipeg ICE Wednesday.

Kelowna has collected points in eight straight games, the lone loss coming in a shootout against the Edmonton Oil Kings on November 26. Their latest victory was a 4-3 shootout victory over the Saskatoon Blades on Saturday night at the SaskTel Centre.

The Rockets will be without their 19-year-old captain moving forward. Nolan Foote has departed for Team Canada’s selection camp for the upcoming 2020 IIHF World Junior Championship.

The Wheat Kings last game also went to a shootout. Brandon fell to the Kamloops Blazers 5-4 in the skills competition at Westoba Place in Brandon, MB on Friday night.

Winnipeg’s last game was also against Kamloops, who are also in the midst of their prairie road swing. Winnipeg froze out the Blazers 5-4 in extra time on Saturday night.

Puck drop is set for 5:00 pm PST on Tuesday and 5:30 pm PST on Wednesday. You can listen to the game on AM 1150, watch on WHL Live or follow the Rockets Twitter for live updates.