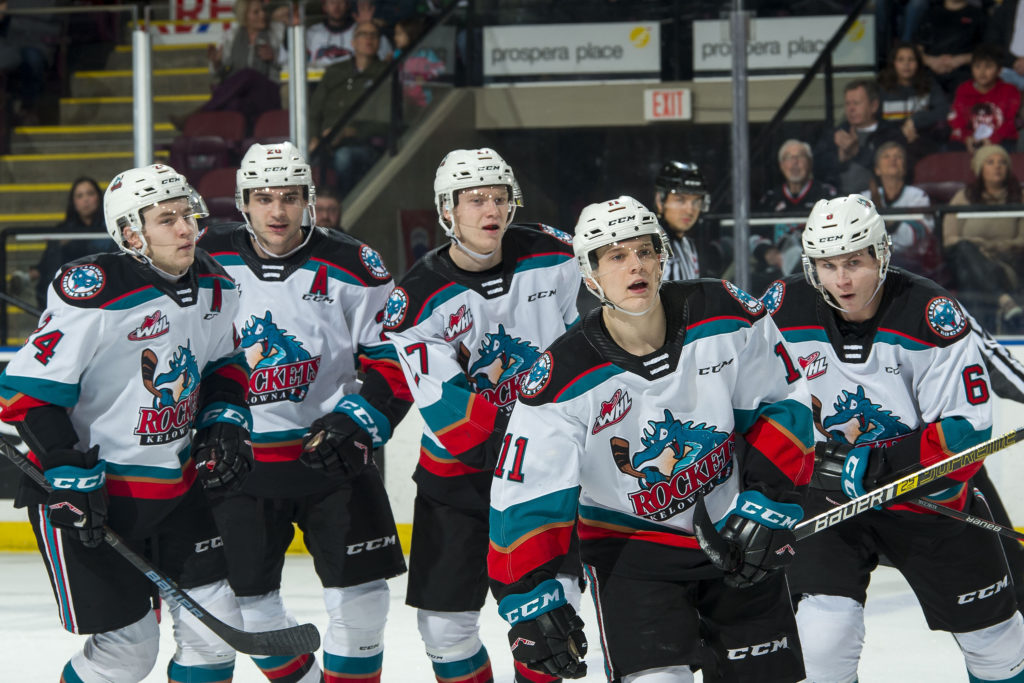 The Kelowna Rockets will be looking to build on their victory from Wednesday night when a pair of Central Division opponents roll through Prospera Place over the Family Day weekend.

The Rockets will host the Red Deer Rebels on Saturday at 7:00 p.m. before Vancouver Canucks prospect Jett Woo and the Calgary Hitmen stop in for a 2:00 p.m. matchup on the Family Day Monday.

Kelowna snapped their five-game losing streak with a commanding 8-3 victory over the Tri-City Americans on Wednesday. Pavel Novak lead the way with five points while Matthew Wedman collected a hat trick.

The Vancouver Giants came back in the third period on Wednesday night to down the Rebels 4-1 at the Langley Events Centre. The Rebels will take on the Kamloops Blazers on Friday night before making their way to Kelowna on Saturday.

The Hitmen dropped the Regina Pats 8-1 on Wednesday night in Calgary. They’ll open their B.C. Division road trip on Saturday up north in Prince George before travelling down to Kelowna on Monday.

This will be the only time the Rockets face the two Central Division teams during the regular season.