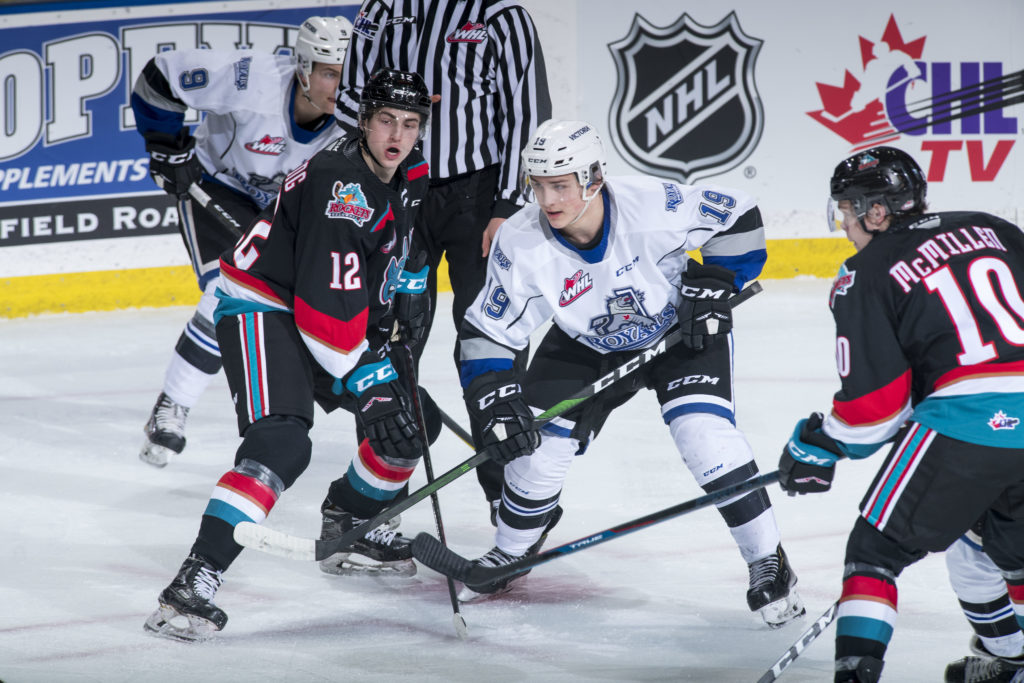 For the first time in 551 days, the Rockets will hit the ice with fans in the stands at Prospera Place when they open their four-game preseason schedule on Friday night against the Victoria Royals.

The Rockets will host the Royals both Friday and Saturday night, both games will start at 7:05 p.m. PT.

“It’s definitely going to be strange,” said Kelowna Rockets head coach Kris Mallette when asked how it will feel to have fans in the rink again.

“It’s going to be a welcome sight for our players to have an atmosphere with people yelling and screaming. It was interesting last season, essentially just playing with the scouts watching up in the corner. I think everyone is excited all the way from management down to coaches and players.”

The Rockets roster was trimmed down to 26 players earlier this week, including three (3) goaltenders, eight (8) defencemen and 15 forwards. You can view the Rockets current roster here.

With Pavel Novak (MIN), Trevor Wong (FLA), Noah Dorey (BOS) and Tyson Feist (ARI) away at NHL camps, Mallette said that the younger Rockets will get the chance to play more minutes and important roles this weekend.

“What you see is what you get for the most part, with a few high-end players missing away at NHL camps. It’s a great opportunity for our younger players to get some valuable ice time and show our staff what they’re capable of throughout these four exhibition games.”

Rockets to keep an eye on:

Kelowna Rockets preseason games are not streamed on WHL Live or broadcast on AM1150.

Tickets for all three preseason games are on sale at selectyourtickets.com, at the Prospera Place box office or by phone at 250-762-5050. Two dollars from each preseason ticket sold will be donated to Cops For Kids.

All fans attending games at Prospera Place will need to abide by the BC Provincial Health Authority, Prospera Place and the Western Hockey League‘s recently announced COVID-19 health and safety requirements which includes masks, double vaccination and their BC vaccine card.