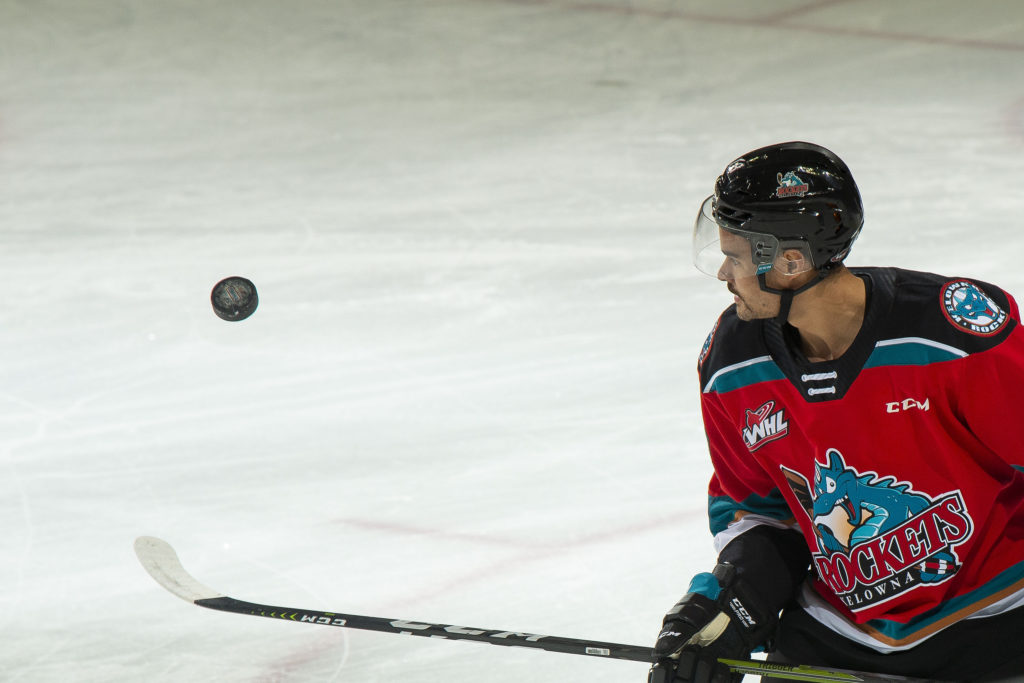 The Kelowna Rockets will be looking to finish off their eastern road trip on a high note this weekend.

Kelowna will face the Regina Pats tomorrow night (5:00 pm PST) before moving on to take on the Moose Jaw Warriors (5:00 pm PST).

The Rockets are coming off of a 3-1 loss to the Winnipeg ICE last night, snapping their four-game win streak and nine-game point streak.

The ICE froze us out tonight.

Regina fell 4-2 to the Kamloops Blazers last night, Kamloops is also in the midst of their prairie road trip.

Moose Jaw will hit the road Friday night to take on the Brandon Wheat Kings before returning home to host the Rockets on Saturday.

Hamaliuk has been diagnosed with a virus. “He’s under the care of team doctors, who have shut him down to give him time to recover,” said Rockets president and general manager Bruce Hamilton.

The Rockets will return home to host the Vancouver Giants on Wednesday for the Winmar Hockey and Winter Gear Drive. Fans are asked to bring new or used mittens, toques, gloves, jackets and hockey gear to donate. Tickets are on sale at selectyourtickets.com, at the Prospera Place box office or by phone at 250-762-5050.