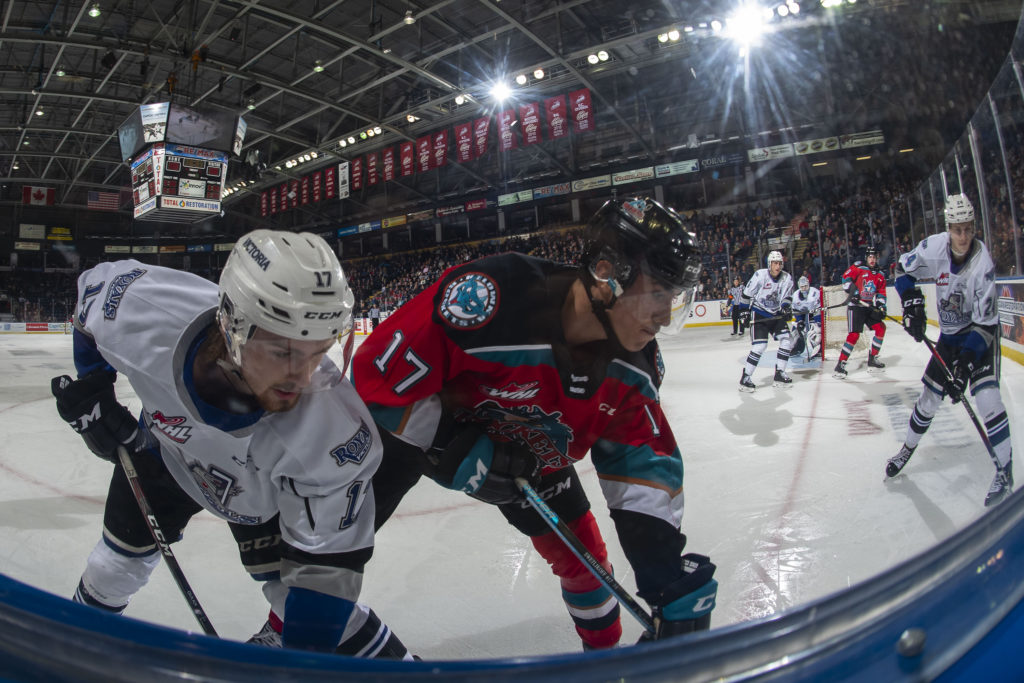 The Kelowna Rockets are set to host the Victoria Royals for Hat-Trick Wednesday tomorrow night at Prospera Place.

The Rockets are looking to build off of their 4-3 victory over the Kamloops Blazers on Saturday night. Alex Swetlikoff slipped the game-winner under Dylan Garand’s pad on his backhand, he says the team needs to stay the course against Victoria

“Anytime you face a B.C. Division team those are huge games for us and for the two points,” said Swetlikoff. “I think we need to keep building off of last game said. We’re the best when we stay out of the penalty box and are playing teams five on five.  When we get our forecheck going and have a good neutral zone, I think we’re successful.”

Swetlikoff now has five points in his last six games, he credits firing more at the net and upping his physical play with him finding the score sheet.

“I’ve been a little more hungrier, I’ve been shooting more and going to the net. I think I’ve been more physical and that’s gotten me into the game more and made me better prepared.”

Victoria was last in action on Friday night where the weathered the storm and shut down the Lethbridge Hurricanes 3-2 on home ice.

It’s been nearly two weeks since these two last met, but if the previous matchup indicated anything, it’s sure to be another heated affair. The division rivalry is alive and well between the two teams. The Rockets clawed back from a two-goal deficit to tie the game at three in the second period, but the Royals pulled ahead with three straight goals to down Kelowna 6-3.

Purchase the Hat-Trick Wednesday deal from Select Your Tickets before 2:00 pm on game day to receive a pop, a hotdog and your ticket for $19.99 plus fees. Tickets are on sale at selectyourtickets.com, at the Prospera Place box office or by phone at 250-762-5050.