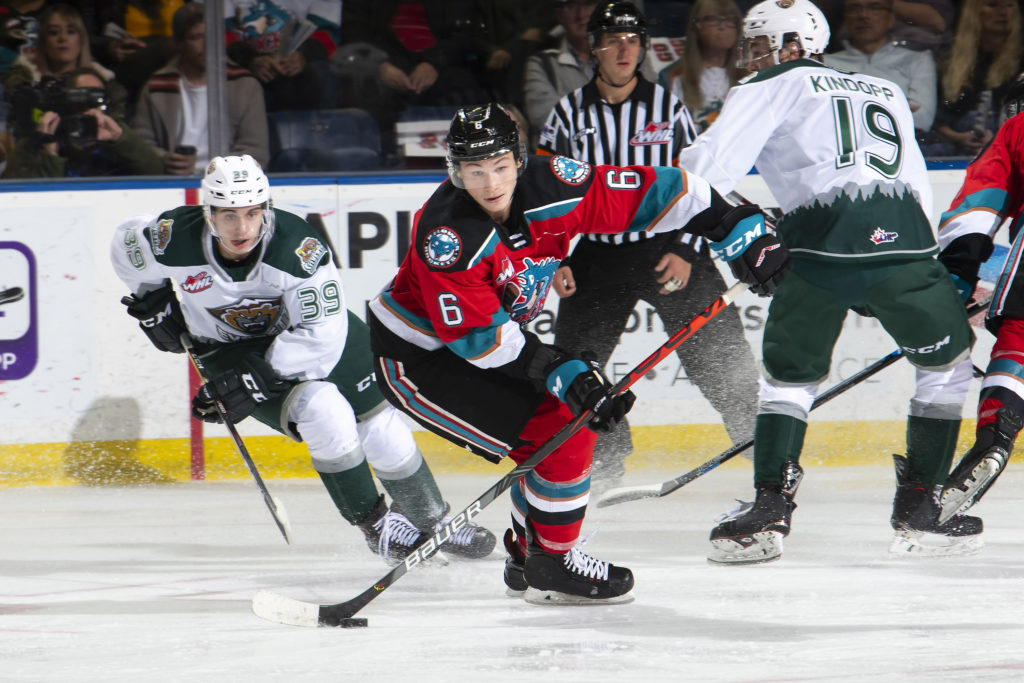 The Kelowna Rockets will return home from a four-game road trip to host the Everett Silvertips for the first game of a home-and-home series tomorrow night at Prospera Place.

Tomorrow night is also the Rockets Purolator Tackle Hunger game. By making a cash donation to the Central Okanagan Food Bank you’ll receive a mini stick, and a chance to win an autographed team jersey.

Kelowna is returning home from a successful road trip that saw the team pick up 7 of a possible 8 points over a four-game span. Last night the Rockets rallied in the third period to down the Cougars 5-4.

The Rockets will once again be without Nolan Foote, the Rockets captain departed last week for New Jersey to meet with the Devils medical staff.

The Silvertips moved up from seventh to sixth in the week 23 edition of the Kia CHL Top-10 Rankings for the 2019-20 season. The weekly rankings of the CHL’s Top-10 teams are selected by a panel of National Hockey League scouts.

Everett is on a six-game winning streak. Their latest win came last night with an 8-1 victory over the Tri-City Americans.