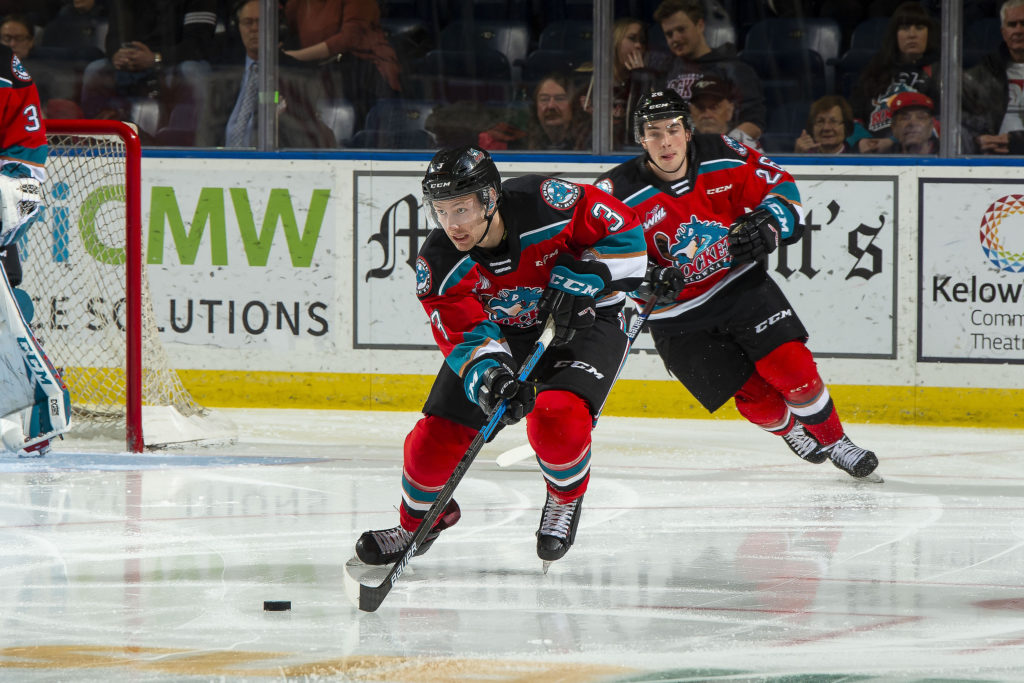 The Kelowna Rockets will host the Victoria Royals for the first time this season on Hat-Trick Wednesday tomorrow night.

Victoria and Kelowna didn’t have to wait long for the rematch, they faced off twice last week. The Royals stormed back to take game one 4-3 in a shootout last Tuesday but the Rockets answered the next night with a 1-0 victory.

“Our two games in Victoria last week were very heated,” said Rockets captain Nolan Foote. “We’re ready to go tomorrow, we’re looking forward to it and I’m sure it’s going to be heated again, it always is with a rival.”

The Rockets are coming off of a commanding 6-2 victory over the Prince George Cougars on Saturday night, where Pavel Novak had four points including a natural hat-trick.

The Royals were also last in action on Saturday, they fell 6-2 to the Medicine Hat Tigers.

The Rockets are currently tied with the Kamloops Blazers for first in the B.C. Division with 20 points, Kelowna has a 9-4-1-1 record. The second-placed Vancouver Giants are a single point off of the lead, while the Royals sit in third with a 6-7-1-0 giving them 13 points. The Prince George Cougars are in fourth place with nine points.

Purchase the Hat-Trick Wednesday deal from Select Your Tickets before 2:00pm on game day to receive a pop, a hotdog and your ticket for $19.99 plus fees. Tickets are on sale at selectyourtickets.com, at the Prospera Place box office or by phone at 250-762-5050