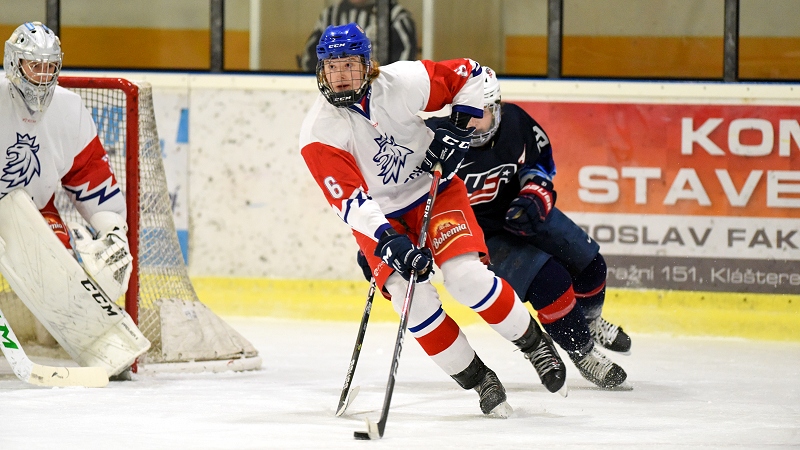 The Kelowna Rockets selected Czech defenceman Michael Krutil 24th overall during the CHL’s 2020 Import Draft last week. Krutil, 18, is ranked 27th among European skaters per NHL Central Scouting for the upcoming 2020 NHL Draft. We caught up with him recently to talk get to know him a little better.

KR: When did you start playing hockey?

MK: I started playing hockey when I was four years old.

KR: What made you want to play hockey?

MK: Once I got my first stick and actually started to play hockey, it was decided. It’s like my passion.

KR: Who is your favourite NHL team?

KR: Who is your favourite NHL player?

KR: What type of player are you?

MK: I was very excited! I’ve heard lots about the Rockets, I’m super excited to play there.

KR: You and Pavel Novak are both from the Czech Republic, do you know him?

MK: Yeah, I know him very well.  We have played on the Czech team together since U16.

KR: You suffered a couple of injuries over the last two seasons, a knee injury and then a broken wrist blocking a shot. Have you fully recovered?

MK: It was a very tough few years, but I am fully recovered now.

KR: What is your favourite food?