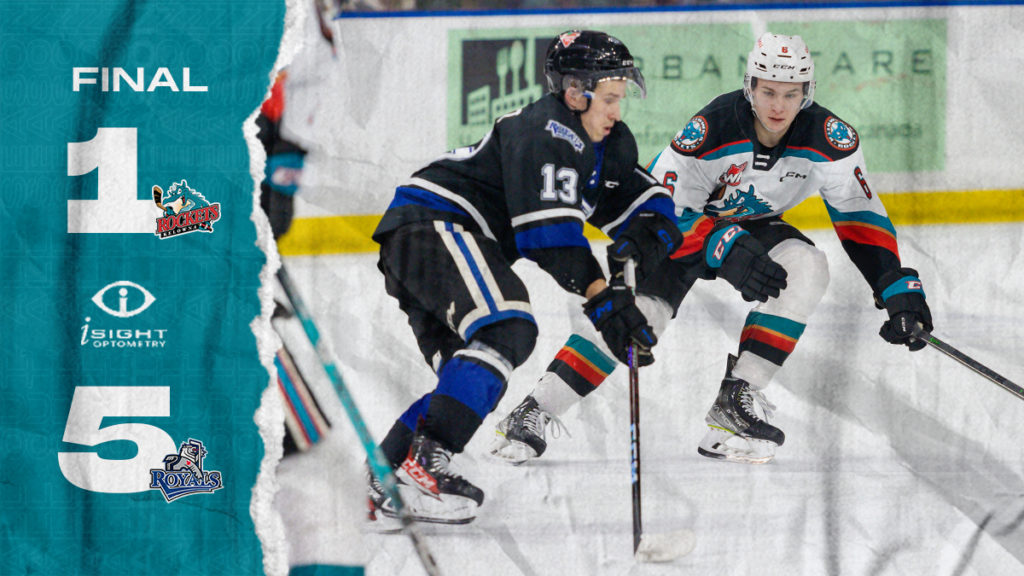 The Kelowna Rockets closed out their three games in three nights weekend with a 5-1 loss to the Victoria Royals on Sunday at Prospera Place in Kelowna, BC.

The Royals took control of the game in the first period, scoring three goals in a span of 3:10 towards the end of the frame. Victoria then cemented their lead in the second with another two goals.

The Rockets registered a season-low 14 shots on net, Jackson DeSouza broke the Royals shutout bid late in the game.

“We should’ve been the fresher team,” said head coach Kris Mallette on Victoria travelling overnight to Kelowna from Spokane. “We should’ve been the hungrier team, and they came as advertised we knew they were going to work. Our inability to play physically while a team is skating circles around us puts us behind the eight ball in a hurry – especially in the first period.”

Kalem Parker from behind his own net hit an awaiting Teydon Trembecky (4) with a stretch pass at the Rockets blueline, allowing Trembecky to sneak past the Kelowna defence and open the game’s scoring. Just over two minutes later, Marcus Almquist (9) wired a shot past Talyn Boyko from the right faceoff dot. Robin Sapousek (2) added a third goal for the Royals in the first period’s final minute.

Jake Poole (25) and Reggie Newman (7) both found the back of the net in the second period.

Jackson DeSouza’s (5) shot found its way through traffic and up and over Braden Holt’s shoulder, breaking his shutout bid.

The Rockets have the week off, they’ll be back in action on Friday when they take on the Vancouver Giants in another home-and-home series for the second consecutive weekend. The two will play at 7:30 pm on Friday in Langley, then shift back to Prospera Place at 7:05 on Saturday. 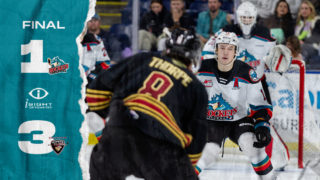 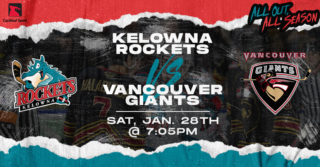 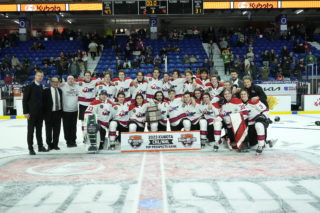 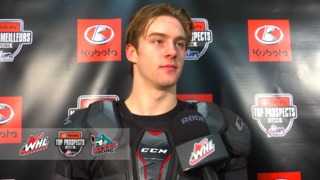 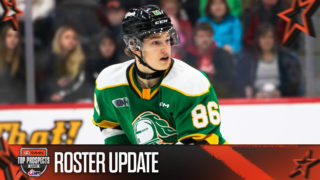