Recap: Thunderbirds down Rockets 4-2 in Kent 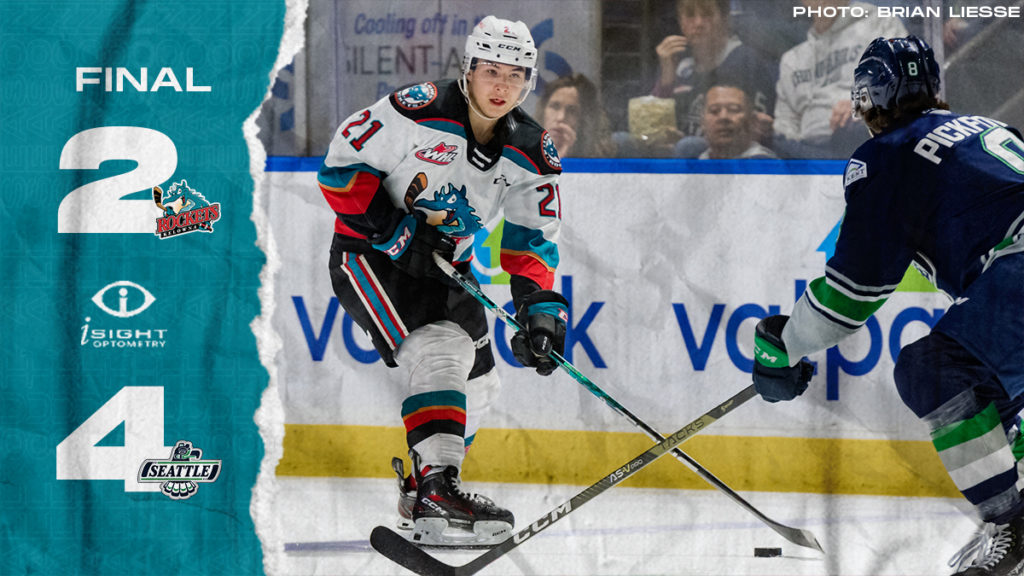 The Kelowna Rockets fell 4-2 to the Seattle Thunderbirds at the accesso ShoWare Center in Kent, Wa. on Wednesday night.

Jared Davidson scored the opening two Seattle goals, with the Rockets catching up both times. Kyle Crnkovic scored the game-winner just past the midway point of the second period. Scott Ratzlaff made 22 saves on 24 shots.

Montreal Canadiens prospect Jared Davidson (9) picked off the puck along the Rockets blueline, unleashing a shot from the top of the left faceoff circle that beat Rockets starter Talyn Boyko 1:01 into the game. Adam Kydd (11)  responded quickly for Kelowna, following up his own rebound to tie the game up 1:51 seconds after Davidson’s goal.

Davidson (10) regained the lead early into the second while on the power play. Jackson DeSouza (3) fired a shot through traffic that found its way past Seattle goaltender Scott Ratzlaff, however minutes later Kyle Crnkovic (9) once again restored the T-Bird lead.

The Rockets will wrap up their two-game road trip the United States on Friday when they’ll take on the Everett Silvertips.

Kelowna’s next home game is Saturday, November 26th when they’ll face the 2022 Canadian Hockey League Rookie of the Year Brayden Yager and the Moose Jaw Warriors.