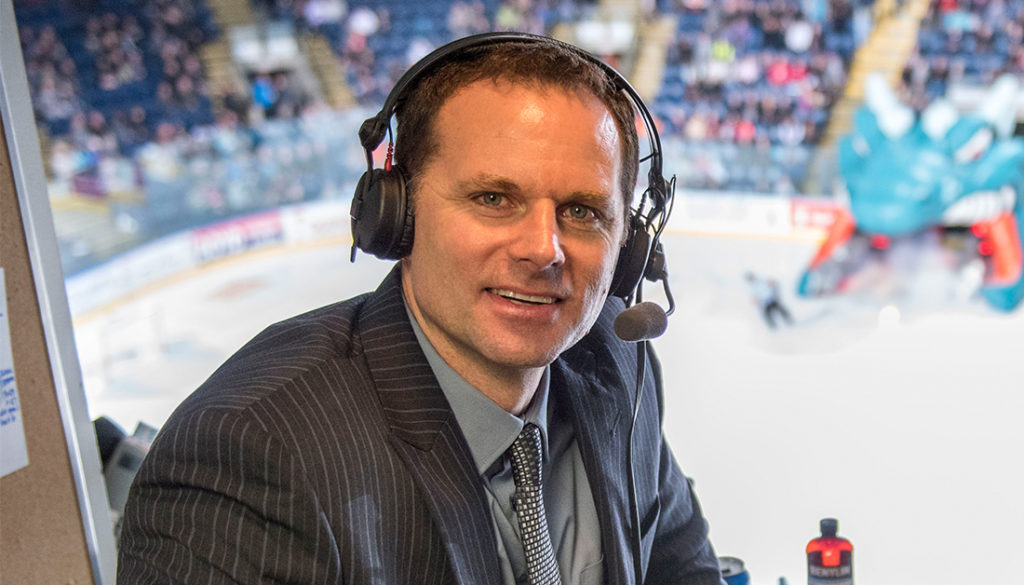 Kelowna Rockets play-by-play man Regan Bartel was awarded the Bernie Pascal Media Award by the BC Hockey Hall of Fame last night in Penticton, BC. The award is presented annually to an individual in the media who demonstrates commitment and dedication to the promotion within the game of hockey.

“I’m extremely humbled to be the recipient of the 2019 Bernie Pascal Media Award,” said Bartel. “Picking up this award in Penticton only seems fitting because this is where it all began. While vacationing in the summer of 2000, I applied for the radio broadcaster opening with the Kelowna Rockets. Nineteen years later, I remain in what I consider the best radio broadcaster position in Major Junior Hockey.”

“I want to thank Kelowna Rockets owner and general manager Bruce Hamilton for his loyalty over the years and Bell Media for giving me the platform to call games on the radio. I also want to thank my wife Diana for supporting my hockey habit for more than two decades.”

Bartel is entering his 20th season as the voice of the Rockets and 25th campaign in the Western Hockey League. Before coming to Kelowna, he was the play-by-play man for the Swift Current Broncos.