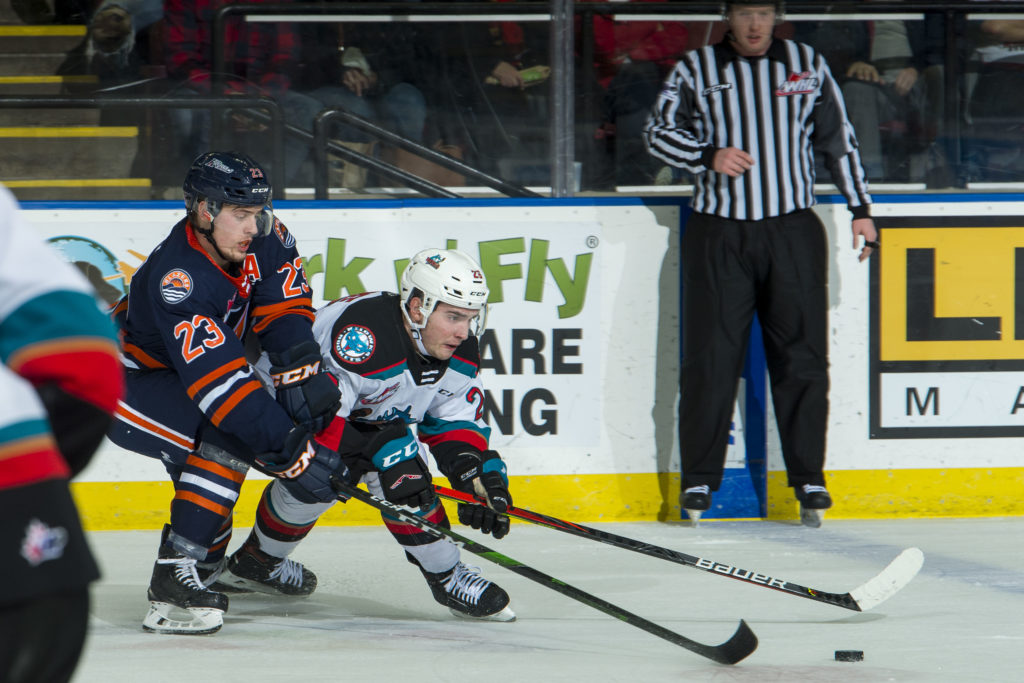 The Kelowna Rockets were blanked by the Kamloops Blazers 4-0 in their return to action from the holiday break.

The Blazers found the scoresheet in the first period while on the man advantage. They then kept their foot on the gas pedal in the second period, netting three more goals.

Kamloops captain, Zane Franklin (19), got the Blazers on the board first with a power-play goal just before the midway point of the first period. The 20-year-old beat Rockets starter with a wrist shot from the right circle. With time ticking away in the opening period, Kaedan Korczak fed Mark Liwiski with a breakaway feed but was denied by Dylan Garand’s pad.

The Blazers extended their lead with another three goals in the second period to make it 4-0. Franklin (20), Orrin Centazzo (22) and Ethan Brandwood (1) all scored for Kamloops. Basran was then replaced in the Rockets net by Cole Schwebius.

The Rockets were 0-for-5 with the man advantage, while the Blazers were 1-for-5 on the power play.

The Rockets will head out on the road to face the Vancouver Giants tomorrow at 7:00pm at the Langley Events Centre. Kelowna’s next home game is this Monday against the Prince George Cougars at 7:05pm.

Nolan Foote and Team Canada are also in action at the World Juniors tomorrow against Russia (1 p.m. ET/10 a.m. PT).