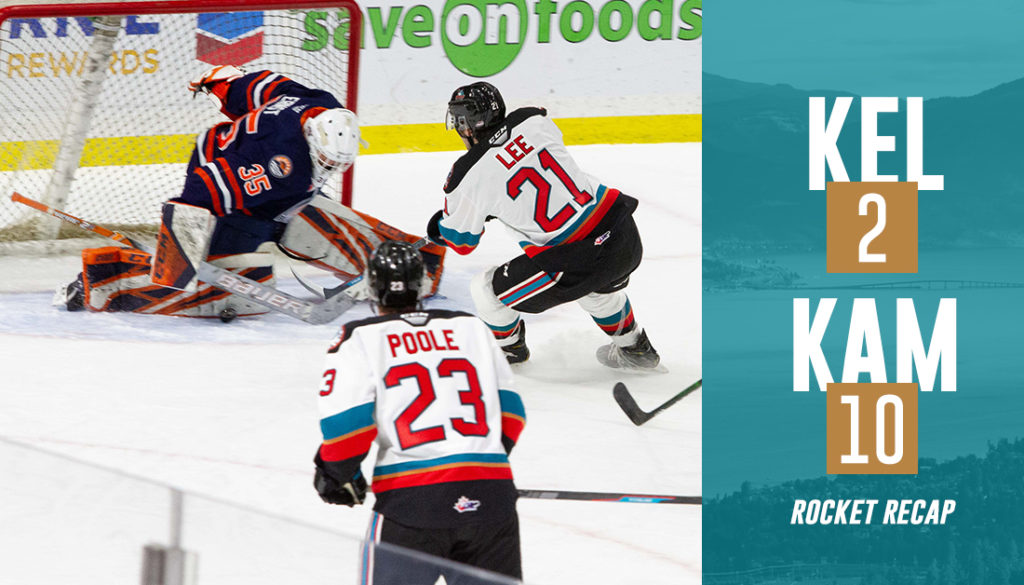 The Kelowna Rockets fell 10-2 to the Kamloops Blazers on Monday night at Prospera Place in Kelowna, BC.

The Rockets, who were playing their third game in four nights, surrendered five power play goals to the Blazers on the night.

Fraser Minten (3) and Caedan Bankier (11) gave the Blazers a 2-0 lead through the first period of play.

Inaki Baragano (5), Matthew Seminoff (11) scored in the second, while Connor Levis (7) chipped in a pair to put the Blazers up 6-0.

Blazers goaltender Dylan Ernst, the younger brother of Rockets forward Ethan, made 24 saves. Schwebius stopped 21 of 27 shots, while Roman Basran turned aside 13 of the 17 shots he faced.

The Rockets power play was zero-for-two on the night, while the Blazers were five-for-seven.

Kelowna will wrap up their 2020-21 season on Wednesday when they host the Victoria Royals for the final game of the shortened campaign.