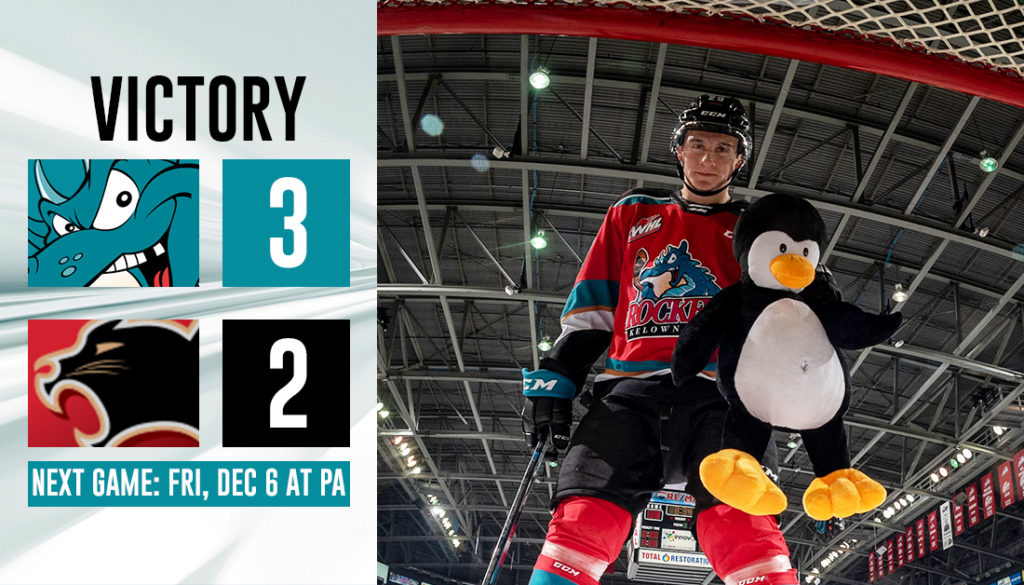 The Kelowna Rockets jumped back into the win column with a 3-2 victory over the Prince George Cougars on Teddy Bear Toss night at Prospera Place on Saturday.

Rockets captain Nolan Foote helped zip Kelowna past the Cougars with two goals on the night, the famed teddy goal and the game-winner.

Kelowna had already come close, they had rang the puck off the iron, but were still searching for the teddy goal when the power play went to work for the second time on the night. Foote (12) wired a shot past Cougars starter Taylor Gauthier to make the stuffed animals pour down from the crowd.

Sean Comrie (3) put the Rockets ahead by two with a wrist shot just 1:02 into the second period. The Cougars clawed back to tie the game with goals from Josh Maser (11) and Connor Bowie (5).

Foote (13) launched a power-play one-timer, that held up as the game-winner, to re-establish the Rockets lead 7:41 into the third period.

Kelowna will now head out on the road, they’ll start their prairie road trip in Prince Albert on Friday, December 6.

Ticket packages for the Memorial Cup will go on sale to the general public on Wednesday, December 4, 2019, at 9:30 am PST. Learn more about pricing and where you can purchase packages by clicking here.