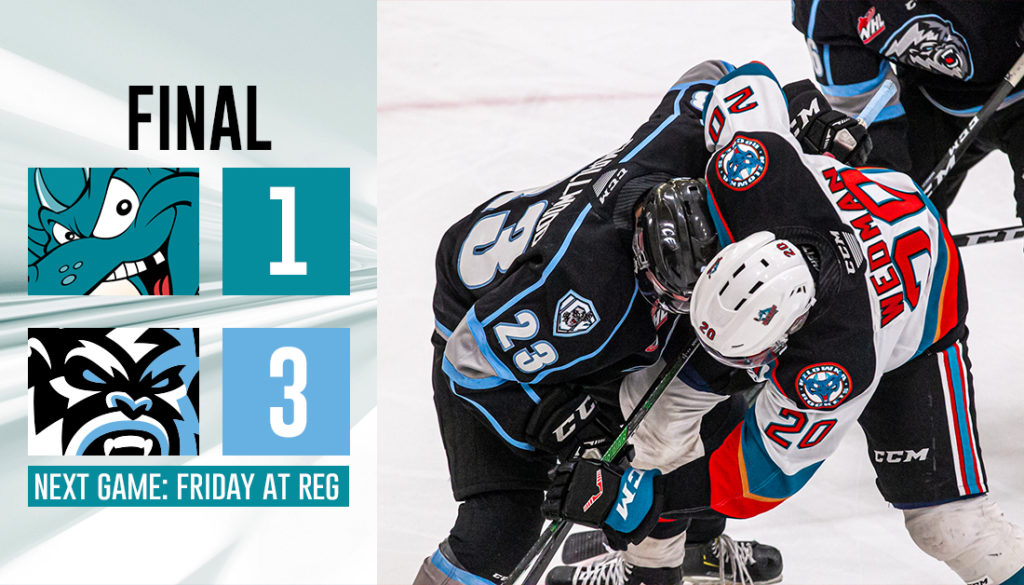 The Kelowna Rockets four-game win streak was snapped by the Winnipeg ICE in a 3-1 loss on Wednesday night at Wayne Fleming Arena in Winnipeg, MB.

Jake Lee scored the lone goal for the Rockets in the losing effort.

McClennon (12) extended the lead with his second of the night early in the third period. Jakin Smallwood (9) made it a three-goal game just past the midway point. Two minutes later, defenceman Jake Lee (3) put the Rockets on the board.

The Rockets went 0-for-4 on the power play, while the ICE were 0-for-5 with the man advantage.

Hamaliuk has been diagnosed with a virus. “He’s under the care of team doctors, who have shut him down to give him time to recover,” said Rockets president and general manager Bruce Hamilton.

Kelowna will be back in action against the Regina Pats on Friday night as they head into the final stretch of their prairie road trip.