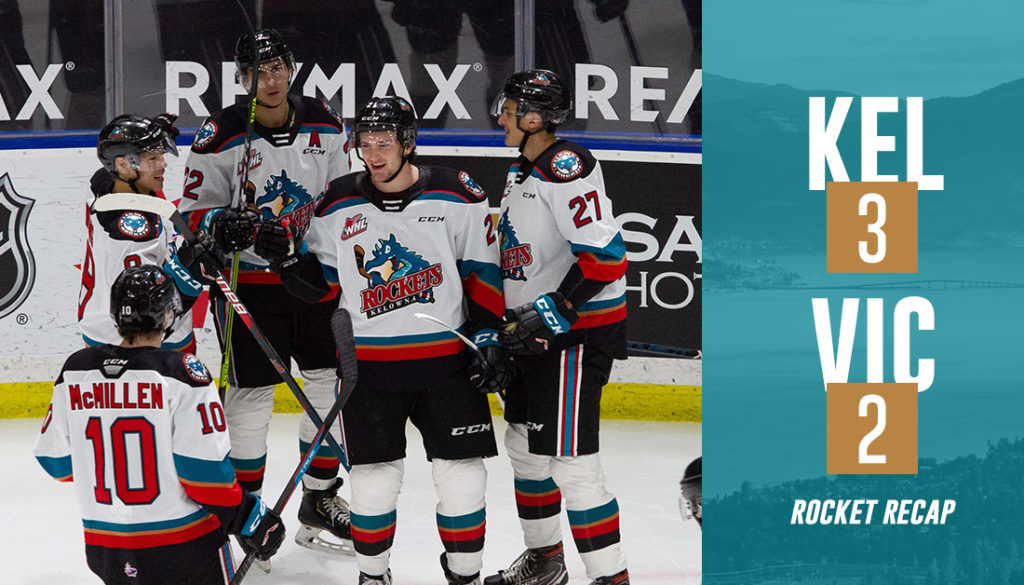 The Kelowna Rockets finished their shortened season with a 3-2 victory over the Victoria Royals on Wednesday night at Prospera Place.

Both Alex Swetlikoff and Jake Lee had multi-point nights, posting an assist and goal each. Netminder Roman Basran made 28 saves to pick up his fourth win of the season.

Alex Swetlikoff (6) opened the scoring 6:45 into the period when his shot pop up and over Adam Evanoff and into the Royals net. Defenceman Noah Dorey (1) extended the lead with his first WHL goal. Ty Yoder (4) closed the gap 30 seconds after Dorey’s goal.

Jake Lee (3) walked in from the blueline and roofed the game winner.

Brayden Tracey (9) scored the game’s final goal with less than a minute to go.

The final @barknflyonline stars and stats for the campaign pic.twitter.com/zd5DxrkO6E

The Rockets power play was zero-for-five on the night, while the Royals were zero-for-four.

While the league was committed to a 24 game schedule, the Rockets were unable to make up the games that were missed during the pause in team activities due to Covid-19. The WHL announced on April 19 that the season would conclude following the Regular Season schedule.