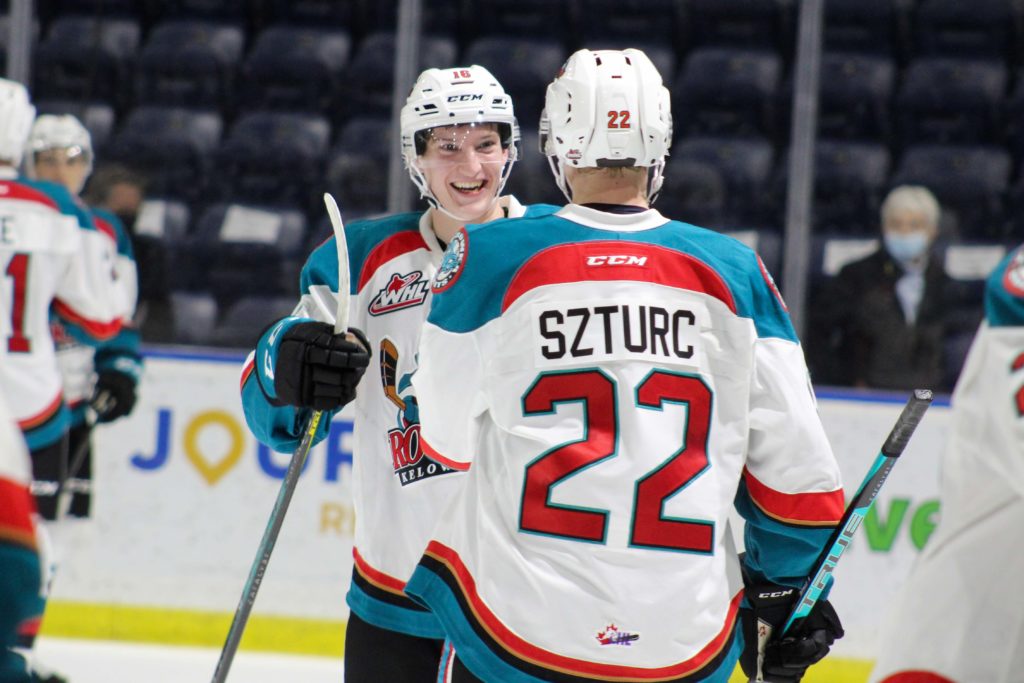 The Kelowna Rockets opened their four-game preseason schedule with a 7-3 victory over the Victoria Royals on Friday night at Prospera Place.

With 50-percent capacity, 1695 fans attended the first Rockets game that was open to the public since March 11, 2020.

The Rockets shot out of the gate with three goals on their first three shots of the game. Turner McMillen (1), Max Graham (1) and Dylan Wightman (1) all scored within a span of 3:48. Brayden Schuurman (1) responded for the Royals, but import Gabriel Szturc (1) re-established the Rockets three-goal lead before the end of the first period.

Kelowna’s Andrew Cristall (1) and John Babcock (1) found the back of the net in the third period.  Schuurman (2) tallied his second of the night and the final goal of the game just after the midway point of the final frame.

Rockets twenty-year-old netminder Cole Schwebius turned aside 17 of the 19 shots he faced through two periods of action. Nicholas Cristiano stopped eight of the nine shots fired on him during the third period.

Kelowna’s power play went zero-for-two on the night, while Victoria’s was one-for-seven with the man advantage.

Both teams had 28 shots of goal.

Kelowna will be back in action tomorrow night when they take on the Victoria Royals again at Prospera Place, puck drop is set for 7:05 p.m. PT. Tickets are available at selectyourtickets.com, at the Prospera Place box office or by phone at 250-762-5050. Two dollars from each preseason ticket sold will be donated to Cops For Kids.