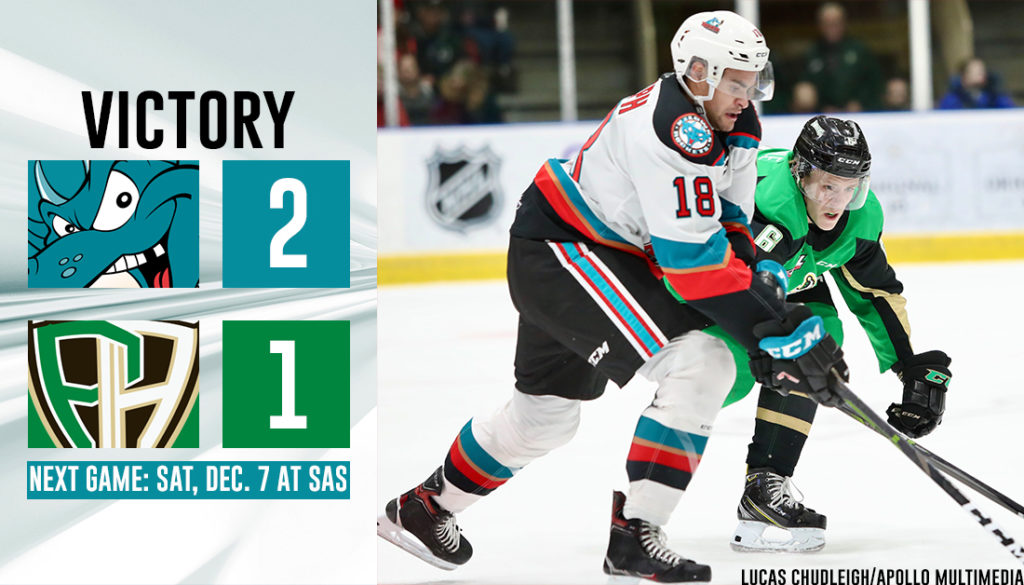 The Kelowna Rockets opened their prairie road trip with a 2-1 win over the Prince Albert Raiders Friday night at the Art Hauser Centre in Prince Albert, Sask.

Matthew Wedman made his debut with the Rockets, collecting an assist on the game-winning goal. Kelowna acquired the 20-year-old centreman from the Seattle Thunderbirds last night.

Dallon Wilton (2) opened the scoring 3:31 into the second period. He was standing at the side of the net when a rebound bounced out to him. Prince Albert thought they had tied the game later in the period when they crashed the Rockets net, but video review determined that wasn’t a good goal.

While on a five on three power play, captain Nolan Foote (14) ripped a shot past Boston Bilous with just over six minutes to play in the game.

Wedman has his first point in a Rocket uniform on Nolan’s 8th power-play goal of the season.

The @Trufrozen first star of the game, @RomanBasran, stopped 26 of 27 shots to pick up his 12th win of the season. pic.twitter.com/06E7vElDIz

The Rockets will continue their road trip tomorrow against the Saskatoon Blades, puck drop is set for 5:00 pm PST.