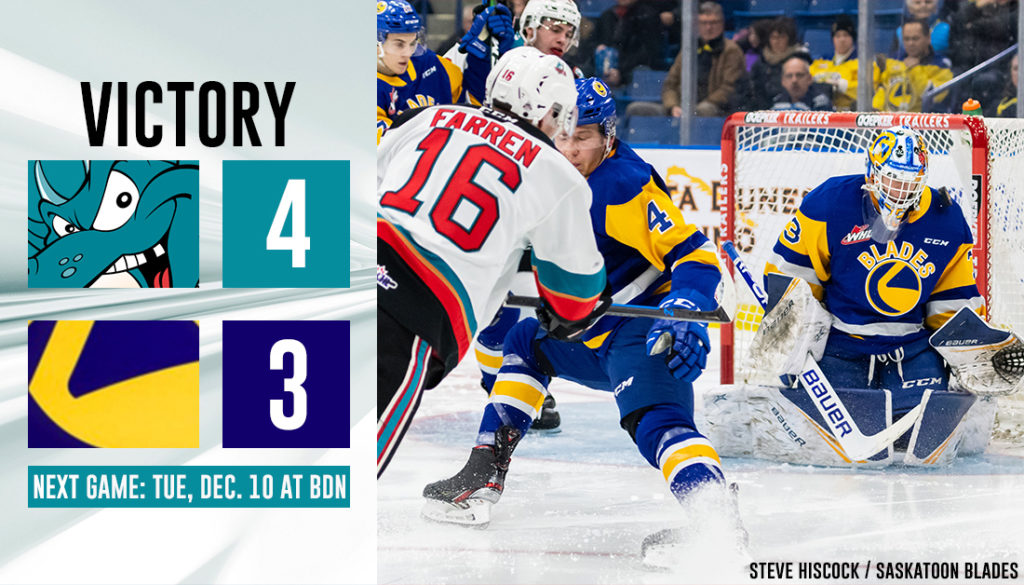 The Kelowna Rockets extended their point streak to eight games with a 4-3 shootout victory over the Saskatoon Blades Saturday night at the SaskTel Centre in Saskatoon, Sask.

Former Saskatoon Blade, Michael Farren (4) opened the scoring against his old team 1:12 into the second period. Zach Huber (9) and Colton Dach (1) scored back to back goals to put the Blades in front. Nolan Foote (15) fired a laser past Nolan Maier to tie up the game once again. Tristen Robins (10) pulled the Blades out front once again just before the end of the period.

Somewhere in the stands, the #farrenfanclub is going nuts.

Robins misses in the third round to secure the Rockets win! @ethanernst11‘s lone goal in the shootout holds up! pic.twitter.com/6nb011Y5Fn

The Rockets were 0-for-4 on the power play, while the Blades were 0-for-2 with the man advantage.

Captain Foote is the game's first star with a goal and an assist! pic.twitter.com/UOKu0itbd0

The Rockets will be back in action on Tuesday as their prairie road trip continues in Brandon against the Wheat Kings.