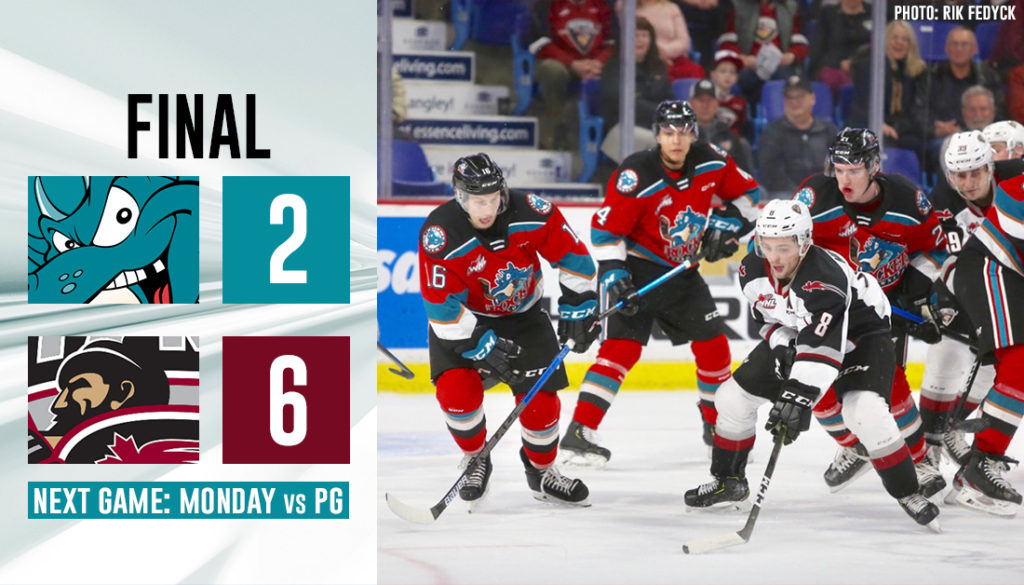 The Kelowna Rockets fell 6-2 to the Vancouver Giants on Saturday night at the Langley Events Centre.

Liam Kindree lit the lamp twice for the Rockets in the losing effort.

Tyler Preziuso (14) got the Giants on the board first with a short-handed tally while in on a two on one. Liam Kindree (5) tied up the game 65 seconds later with a power-play bomb from the left circle. Just over a minute later Jackson Shepard (6) pulled the Giants ahead once again. Cole Shepard (7) extended Vancouver’s lead by two goals when he tucked a breakaway feed between Rockets starter Cole Schwebius’s legs. Cole Shepard (8) netted his second of the game on the power-play to make it a 4-1 game.

Zack Ostapchuk (3) found the back of the net early in the second with a power-play goal. After Milos Roman (13) scored the Giants sixth goal of the game, Roman Basran replaced Schwebius in net for the Rockets.

Kindree scored the lone goal in the third period, his second of the night came on the penalty kill. 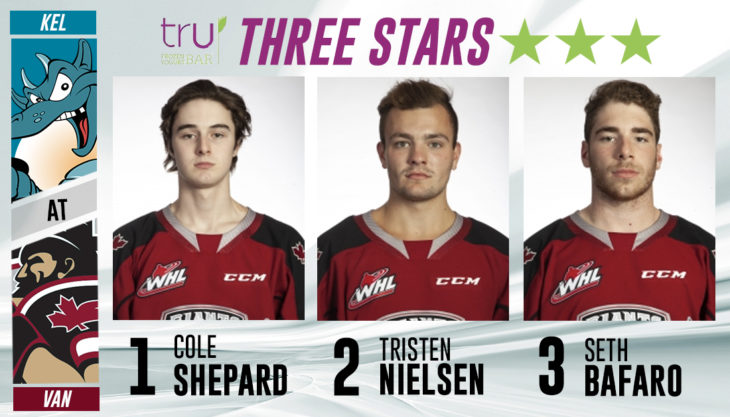 Captain Nolan Foote is still away at the World Juniors. Foote and Canada will take on Germany on Monday, Dec. 30 at 6 a.m. PT.

The Rockets will return to action at Prospera Place for a rare Monday night game when they host the Prince George Cougars for a 7:05 p.m. matchup. Tickets are on sale at selectyourtickets.com, at the Prospera Place box office or by phone at 250-762-5050.