Rocket Recap: Rockets bow to Oil Kings in the shootout 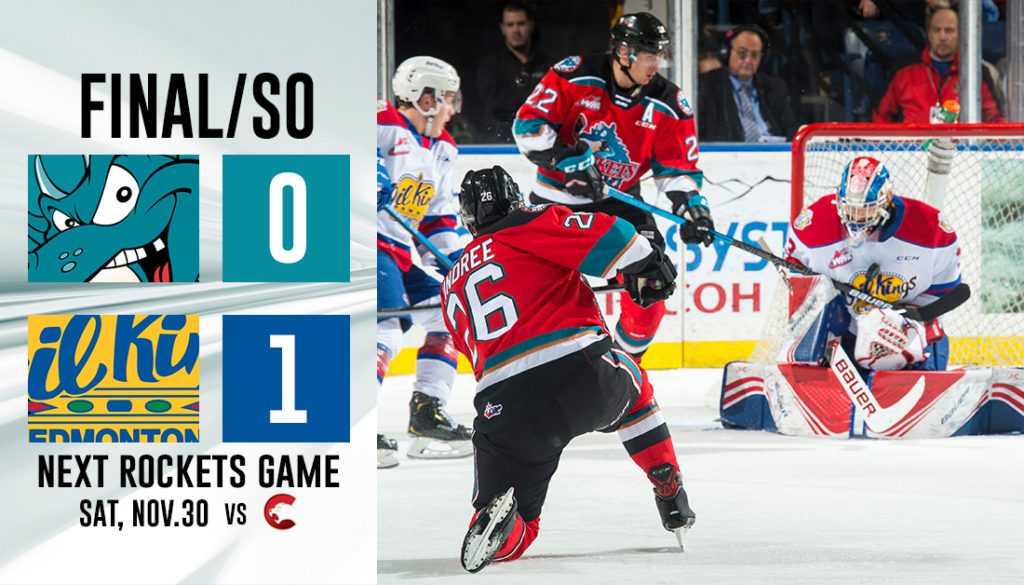 The Edmonton Oil Kings downed the Kelowna Rockets 1-0 in a shootout at Prospera Place in Kelowna, BC.

Forward Jadon Joseph made his debut with Kelowna, the 20-year-old was acquired in a trade with Moose Jaw on Sunday. He had one shot on net and went 10/16 in the faceoff dot.

We're in a scoreless tie after twenty, but we have a photo of @jadonj9 in his new threads to share with you! pic.twitter.com/vn3djS0bTE

Edmonton netminder Sebastian Cossa and Rockets starter Roman Basran put on a show for the 4627 fans in attendance for the rare Tuesday night contest. Cossa turned aside 21 shots while Basran stopped the 27 fired his way.

Of course, the goaltenders are the first two stars tonight. What a show they put on! pic.twitter.com/kzAimkwQ4z

With 5:23 to play in regulation, the Rockets power play went to work for the fourth time in the night but was once again unsuccessful.

Mark Liwiski was the first shooter in the shootout, he was unsuccessful for Kelowna. The Oil Kings first shooter, Dylan Guenther netted the first goal of the game. Nolan Foote and Liam Keeler were both thwarted in the second round. With the game on his stick, Leif Mattson was denied by Cossa to secure the win for Edmonton.

While the Rockets four-game win streak was snapped, the team has now collected points in all of their last five games.

The Rockets will be back in action on Saturday when they host the Prince George Cougars for the Orchard Ford Teddy Bear Toss Game. Fans are asked to bring a bear with them to the game, when the Rockets score their first goal fans will throw their stuffed animal over the glass onto the ice. Tickets are on sale at selectyourtickets.com, at the Prospera Place box office or by phone at 250-762-5050.